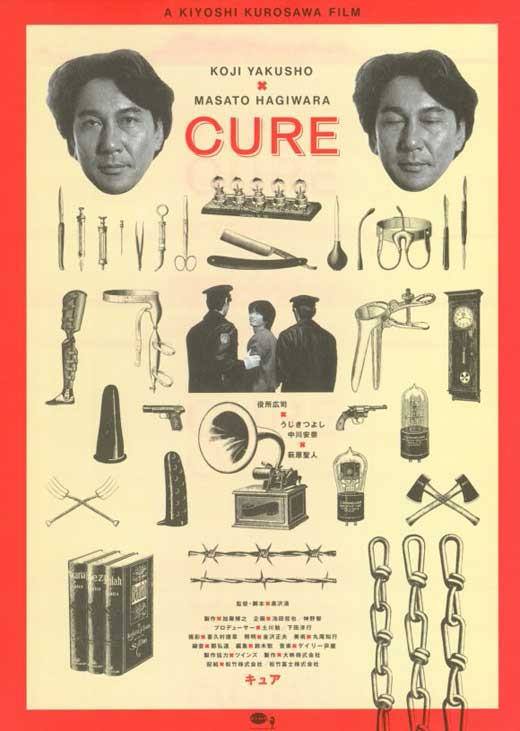 When the brutally murdered body of a prostitute is found, police detective Takabe arrives quickly at the scene and notices a strange similarity to other recent murders. Although a different murderer has been arrested in each case, all the murders have one thing in common, each victim has been slashed with a large “X” across their body. The prostitute’s killer is found hiding near the scene of the crime. Although he admits killing her, he cannot tell the police why he did it. Takabe asks his friend Sakuma, a psychologist, to help him out with the investigation. But Sakuma finds no relationship between the various murderers. Somewhat later a teacher murders his wife by cutting a large “X” across her body, just after he gave a lift to a young drifter.
Kiyoshi Kurosawa made his debut as a long feature film director in 1983 with “Kandagawa Wars.” His popularity increased with such films as “The Excitement of the Do-Re-Mi-Fa Girl and The Guard from the Underground. With Cure he made a suspenseful thriller about serial killing. Koji Yakusho, who starred in The Eel, the winner of the Palme D’Or at the 1997 Cannes Film Festival, plays detective Takabe.