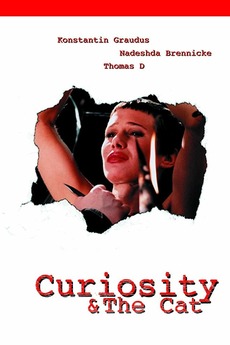 CURIOSITY AND THE CAT

Henri, an introspective artist, falls under the spell of his neighbour and his attractive girlfriend. He becomes increasingly captivated by their mysterious and peculiar goings-on. How do they earn a living ? What about the bizarre objects that they lug into their apartment ? Who are the strange visitors that look like Russian gangsters yet speak like Finnish fishermen ? Henry desperately wants his questions answered. Driven by insatiable curiosity, he drills holes in his walls to watch what’s happening. That’s when the violence really starts…. Curiosity & The Cat is the long feature debut of German director Christian Alvart, the former editor of the legendary German movie fanzine X-TRO. He shows what happens when natural curiosity about other people’s lives turns into an uncontrollable urge to spy. With stimulating light setting, engaged actors, smooth cuts, perfect angles and shots, his movie does not look at all like the low-budget affair it is. Even more, the grotesque images and the black & white look of the film makes you often think of the great German expressionist films of the twenties. Curiosity & The Cat is a very promising debut indeed.