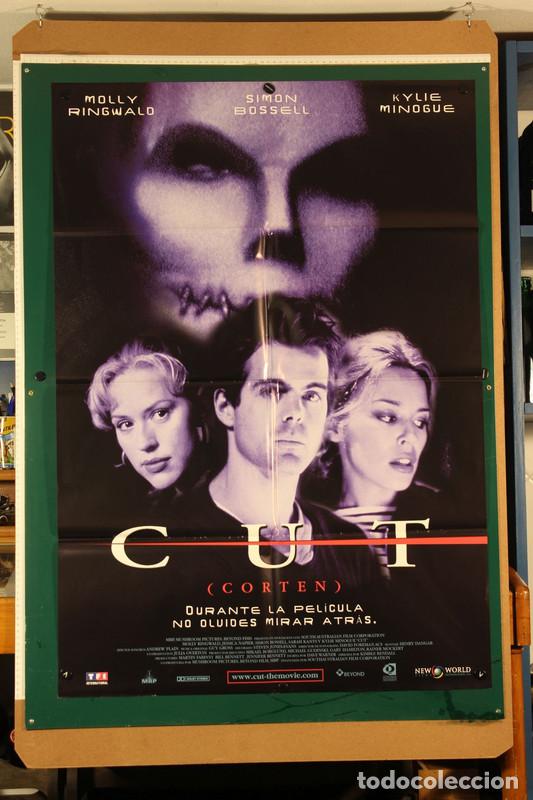 A group of film students, led by the vivacious and charismatic Raffy, decide to complete a horror movie that was left unfinished 14 years before when its director, Hillary Jacobs, was gruesomely murdered. The students are eager to start working, despite the disapproval and warnings of their lecturer Lossman, who was assistant-director for the original film. The old star of the movie, Vanessa Turnbill, returns to Australia to participate in the remake. Shooting begins and the intrigue grows, as dark secrets begin to emerge. The events that aborted the first movie’s completion return to haunt the cast and crew in true nightmare fashion. As one by one they mysteriously disappear, Raffy, Lossman and Vanessa are caught in a race against time to save their own lives. Cut is an Australian horror movie by Kimble Rendall. Besides being a member of the indie-band The Hoodoo Gurus, Rendall has directed several music videos (INXS, Hunters & Collectors, Cold Chisel), award-winning commercials and short films, among which Hayride to Hell, starring Kylie Minogue. His feature film debut ingeniously explores the nature of its own genre and examines the forces at work through the power of the camera and the power of thought. Jessica Napier (Tv’s Water Rats, Blackrock, Bored Olives) plays willful director Raffy. Molly Ringwald (Pretty in Pink, Office Killer, Killing Mrs. Tingle) is Vanessa Turnbill and Geoff Revell (Kiss or Kill) plays Lossman. With a cameo performance by Australian cultural icon Kylie Minogue as the unfortunate Hilary.