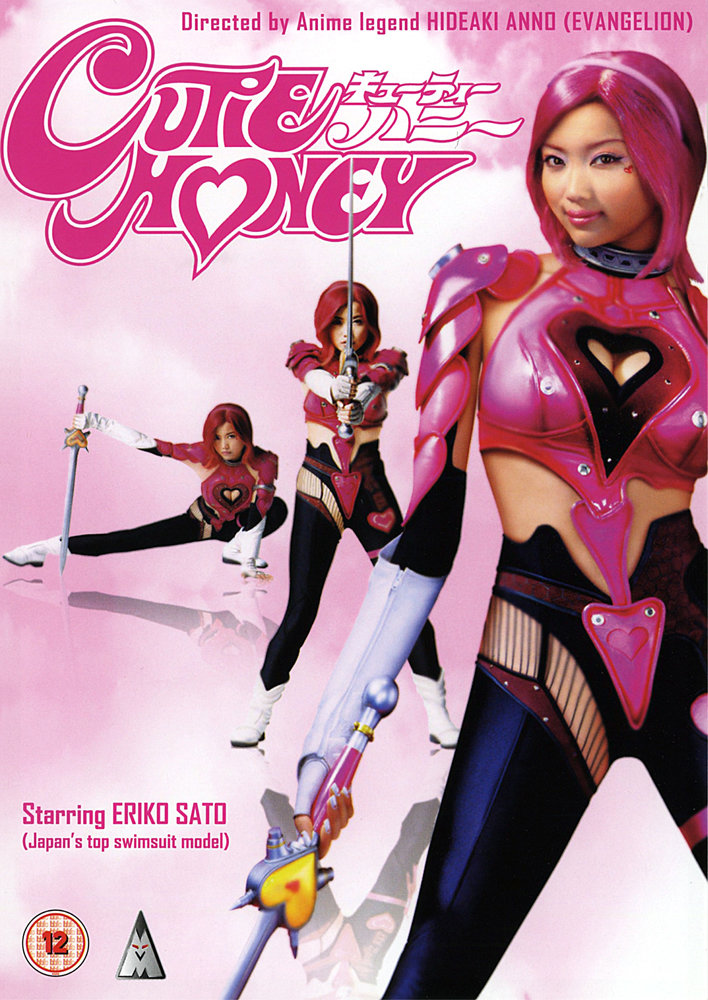 Though always cheerful and wellintentioned, Honey Kisaragi’s poor work habits have left her the butt of abuse and jokes at the office where she works. What her colleagues don’t know is that she’s really Cutie Honey, the sexy cyborg crime fighter who, with a simple gesture, can switch on her superpowers, change her appearance and battle the bad guys. And the baddies come in spades, especially since the evil Sister Jill has awakened after millennia of slumber and has gathered the treacherous, powerful secret society of The Panther Claw to further her evil aims. When The Panther Claw kidnap Honey’s scientist uncle, it’s up to her, the suave journalist Hayami Seki and the uptight but beautiful police inspector Aki Natsuko to save the day. Cutie Honey is the deliciously kitschy, action-filled adaptation of the famous 70ties manga by Go Nagai (Devilman). Director Hideaki Anno (Neon Genesis Evangelion, Ritual) has managed to recreate the high-speed over-the-top energy that Japanese cartoons are famous for in this delirious life-action spectacle. Machine-gun editing, animeinserts, dynamic camerawork, a groovy soundtrack, lurid colors, outrageous villains, crazy retro costumes, rampant destruction and one very cute superhero make Cutie Honey a delight for the eyes and ears.