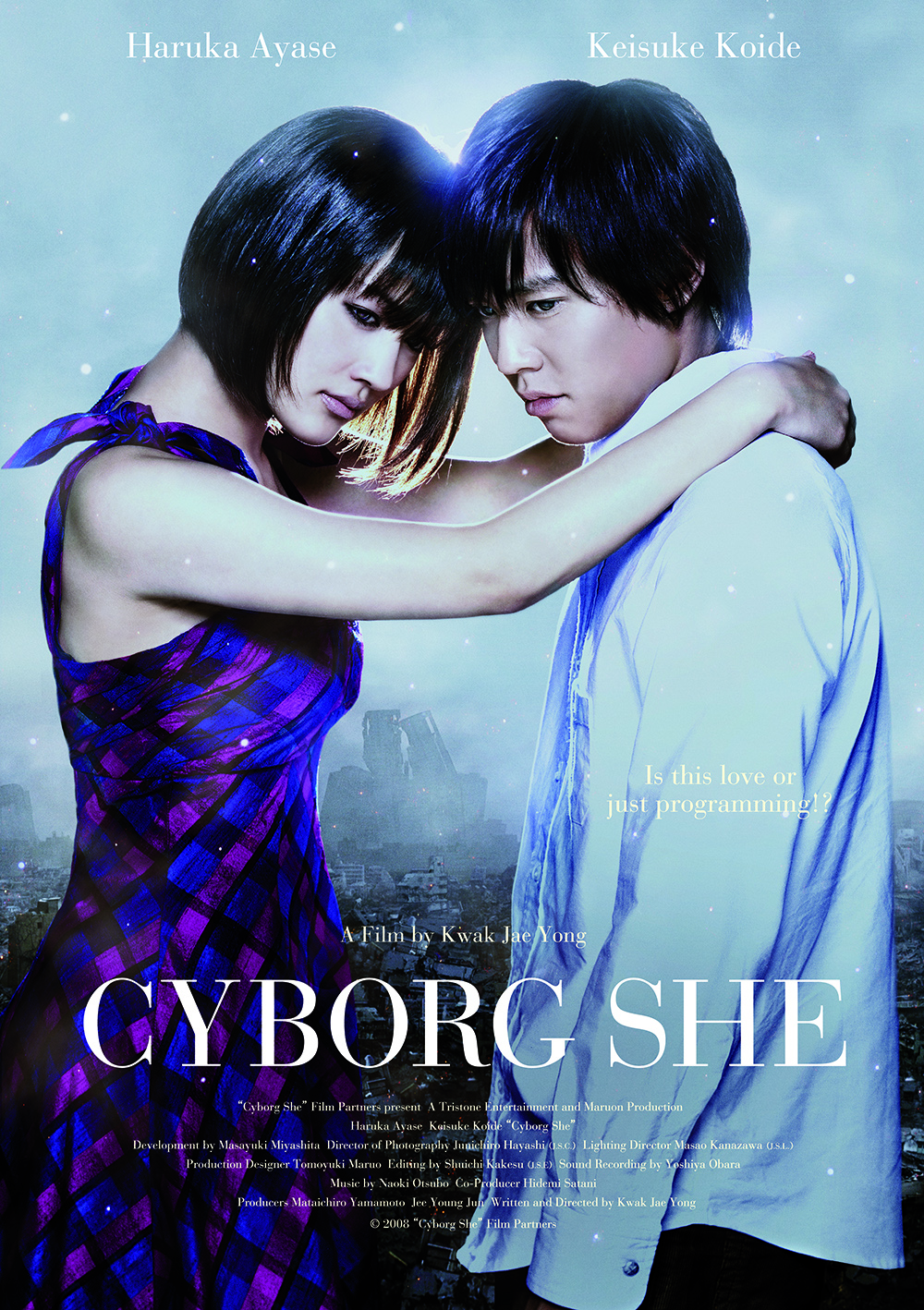 Jiro is a nice guy but a bit lame. He’s what we call a real “Otaku” if you know what I mean. Every year, he celebrates his birthday on his own with nothing but a bowl of pasta and the present he picked out for himself. But this year, something special happens. He runs into a pure hottie with a cute smile and long legs and last but not least, she’s got a crush on him. She gets Jiro all head over heels until the day she tells him she’s got to go back to where she came from : the future ! Jiro might be a geek but he begins to wonder about the true meaning of life… Director Jae-yong Kwak ( 1959° ) might not be as well known as his illustrious colleagues Joon-ho “The Host” Bong or Chan-wook “Mr. Vengeance” Park, but he has made a name for himself with his romantic comedies, of which My Sassy Girl broke all box office records in Korea. For his latest film, Cyborg She, he went across the ocean to Japan. It’s also about fast beating and breaking hearts, but with time paradoxes a plenty, some great special effects and two cute protagonists – Keisuke Koide ( Heavenly Forest ) as Jiro and Haruka Hayase ( Ichi ) as the girl from the future – who have lots of cybernetic chemistry going on between them.