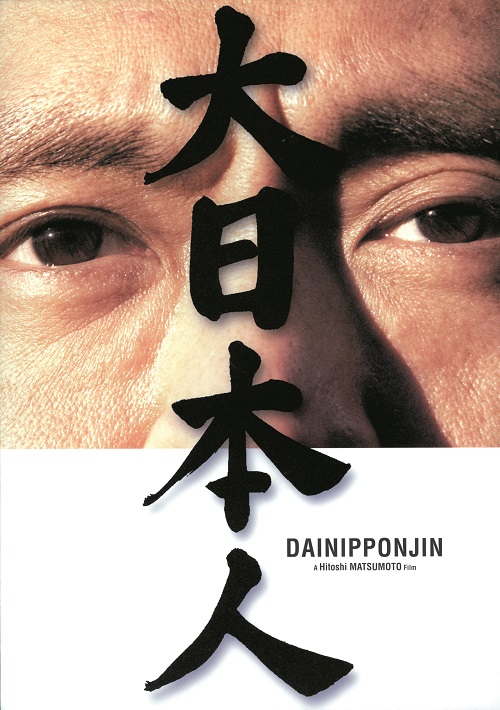 Daisato, a middle-aged slacker, lives a mundane life in a rundown house tagged with insulting and obscenity-riddled graffiti. Then he gets a call from the Department of Defense, which sees him rushing to the nearest power plant, where he’s transformed into a giant with purple underwear and an Eraserhead-style hairdo. Daisato is a sixth generation superhero, defending Japan from all the giant monsters that constantly seem to besiege the country. Unlike his predecessors, whose achievements were feted with parades and cheering fans, Daisato’s battles are only broadcast late at night to a rapidly diminishing audience. He’s the scapegoat of modern Japan, whose citizens bitterly complain about the noise and destructions he causes. Add to this a publicity hungry agent, an Alzheimer-afflicted grandfather and an embarrassed exwife and daughter, and you’ll understand that the life of a superhero is a very troubled one indeed. Dai-Nipponjin, translated as Big Man Japan, is a wickedly deadpan spin on the pop image of giant Japanese superheroes. Director and star Hitoshi Matsumoto, one of Japan’s biggest comedians, has delivered a wacky and imaginative long feature debut that also hits upon social issues like the loss of the Japanese spirit, the country‘s diplomatic relations, the family unit and an aging population. Dai-Nipponjin is an outrageous portrait of a truly uniquely pathetic hero not to be missed.