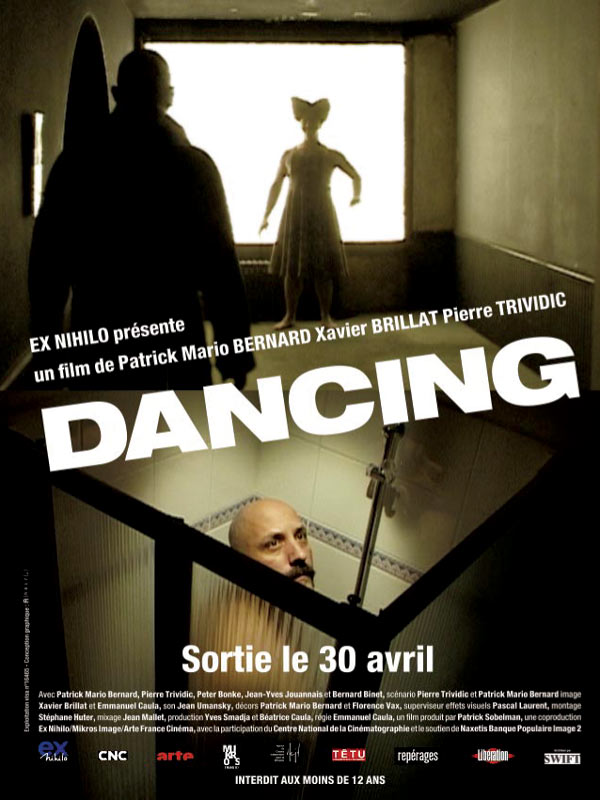 Rene is a multimedia artist who runs an internet webcam site depicting bears in their many forms. He’s working on his next full-blown gallery installation, his own bearish frame perpetually surrounded by countless props, devices and cameras. He lives in the ballroom of an abandoned dancehall on the coast of France, sharing the space and the bed with his partner, a scriptwriter of comparable bulk and similar outlook. What begins as a realistic examination of a couple as committed to their art as to their relationship, soon turns slightly stranger. With the help of an ever-multiplying hoard of men, real and imagined, the story moves into fantasy and from fantasy to nightmare. Dancing is the long feature debut of Patrick-Mario Bernard, Xavier Brillat and Pierre Trividic, a collective of French artists and writers of which Bernard and Trividic co-star as well. Building a sense of darkness into a palpable feeling of dread, Dancing effortlessly merges its many genres. A relationship drama, fantasy film, psychological thriller, even hardcore pornography; all are explored but never rushed. Brilliant cinematography contributes to the film’s assured tone, with painterly compositions lending a sense of controlled grace to a world on the brink of a nightmare.