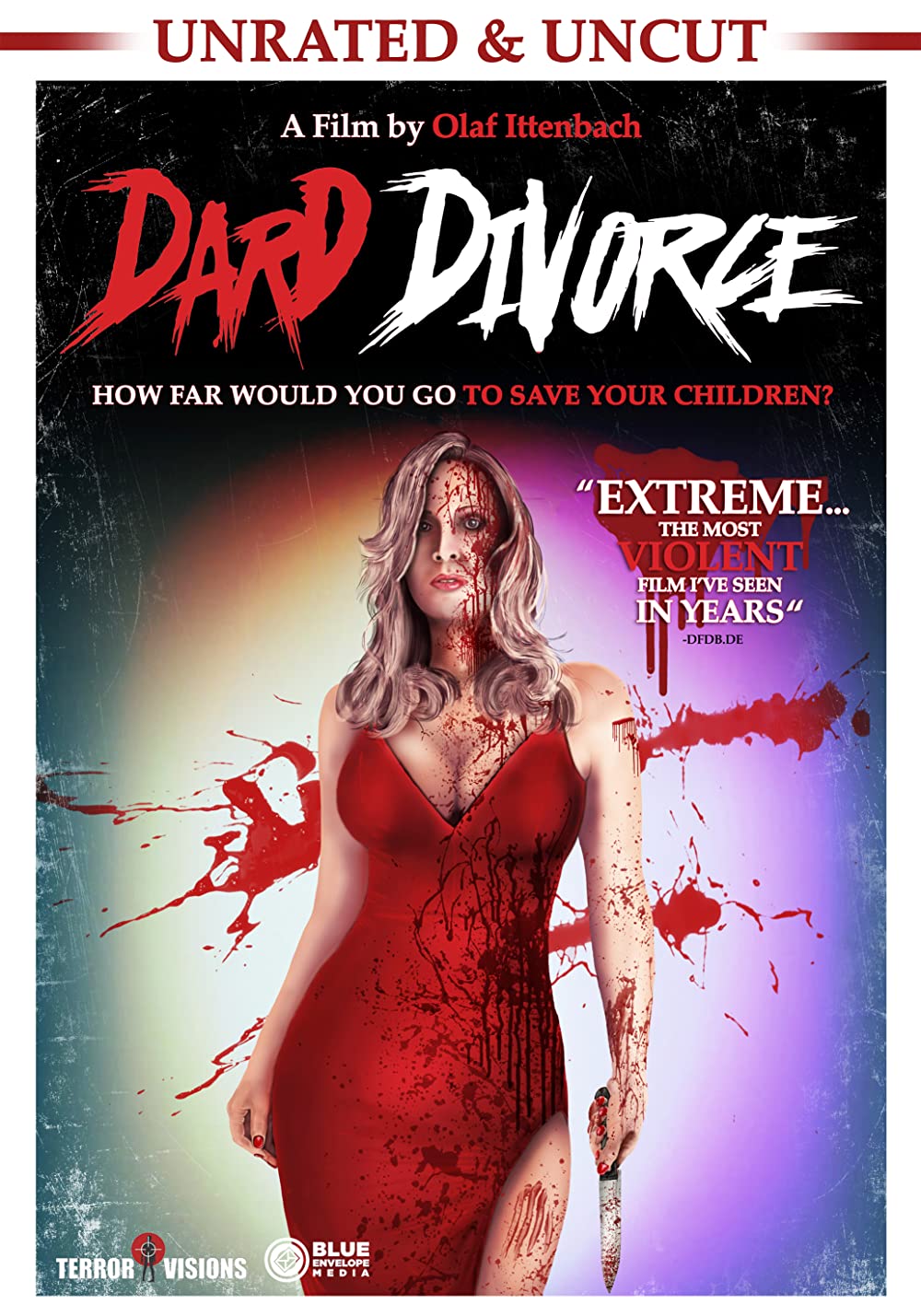 Nathalie emigrated from Germany to the US. Even though she got pregnant at a young age, she managed to become a lawyer. Tim, her good-for-nothing husband, was another matter. He ruined the fast food chain which Nathalie had inherited from her father. Now, they’re divorced and the two have fought a bitter battle for the custody over their two children, Elisabeth and Jeremy, which Nathalie managed to win by using her skills as a lawyer. But a disgruntled Tim doesn’t want to give up. He keeps the kids with him, then pretends to be dead and puts all the evidence of a stolen one million dollar and a big bunch of cocaine with Nathalie. Soon, a bunch of ruthless gangsters show up who want their stuff back and they‘ll hesitate at nothing to get what they want. Nathalie is in for the fight of her life. Gorehounds all over Belgium will start to salivate when they hear Olaf Ittenbach’s name. The German gore-master has already scored some bloody points at the Bifff with Premutos : The Fallen Angel in 1999 and Legion of The Dead in 2001. Since then he has not only directed four other long features, but has also honed his skills as a special effects master on Uwe Boll’s Bloodrayne, Tunnel Rats and Seed. His latest film, Dard Divorce, will not beat Premutos’ record of 137 victims, but that’s amply compensated by a solid story, great photography, a terrific nocturnal atmosphere and, of course, lots of bloody torture and humour alike.