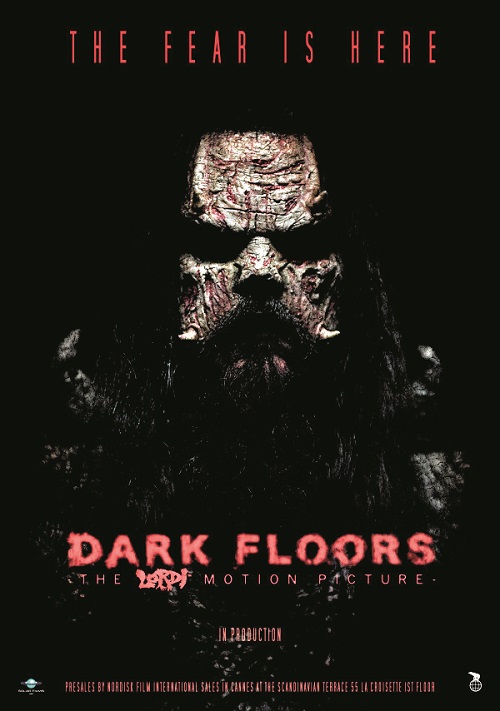 Sarah is an autistic little girl, whose father, Ben, is deeply worried about her health. Thinking that the hospital she’s in will only worsen her condition, he sees her removal by force as the only option. An elevator break-down prevents a smooth exit and renders them trapped with others. Yet the incident is only the beginning of a descent into hell. As the elevator doors open, the hospital appears mysteriously deserted. When mutilated bodies are found, creatures from a dark world start a frightening attack. It soon becomes clear that the survival of the group may rest solely on the little girl. Lordi, the Finnish heavy metal band who won the Eurovision Song Contest, are going to the movies ! They penned the script with Finnish writer Pekka Lehtosaari and enlisted Pete Riski, the director of all their video clips, to get behind the camera. Dark Floors, the most expensive Finnish film ever made, plays like a horror movie in the best American 80s slasher tradition, albeit with a Japanese twist. Besides Mr. Lordi, Awa, the vampire countess, Ox, the hellbull and Kita, the alien manbeast as the villains of the piece, the English speaking cast also includes Noah Huntley ( Event Horizon, 28 Days Later, the Chronicles of Narnia ) as Ben, veteran actor Ronald Pickup ( The Mission, Never Say Never Again ), William Hope ( Aliens, XXX ) and Skye Bennett ( The Good Night ) as Sarah.