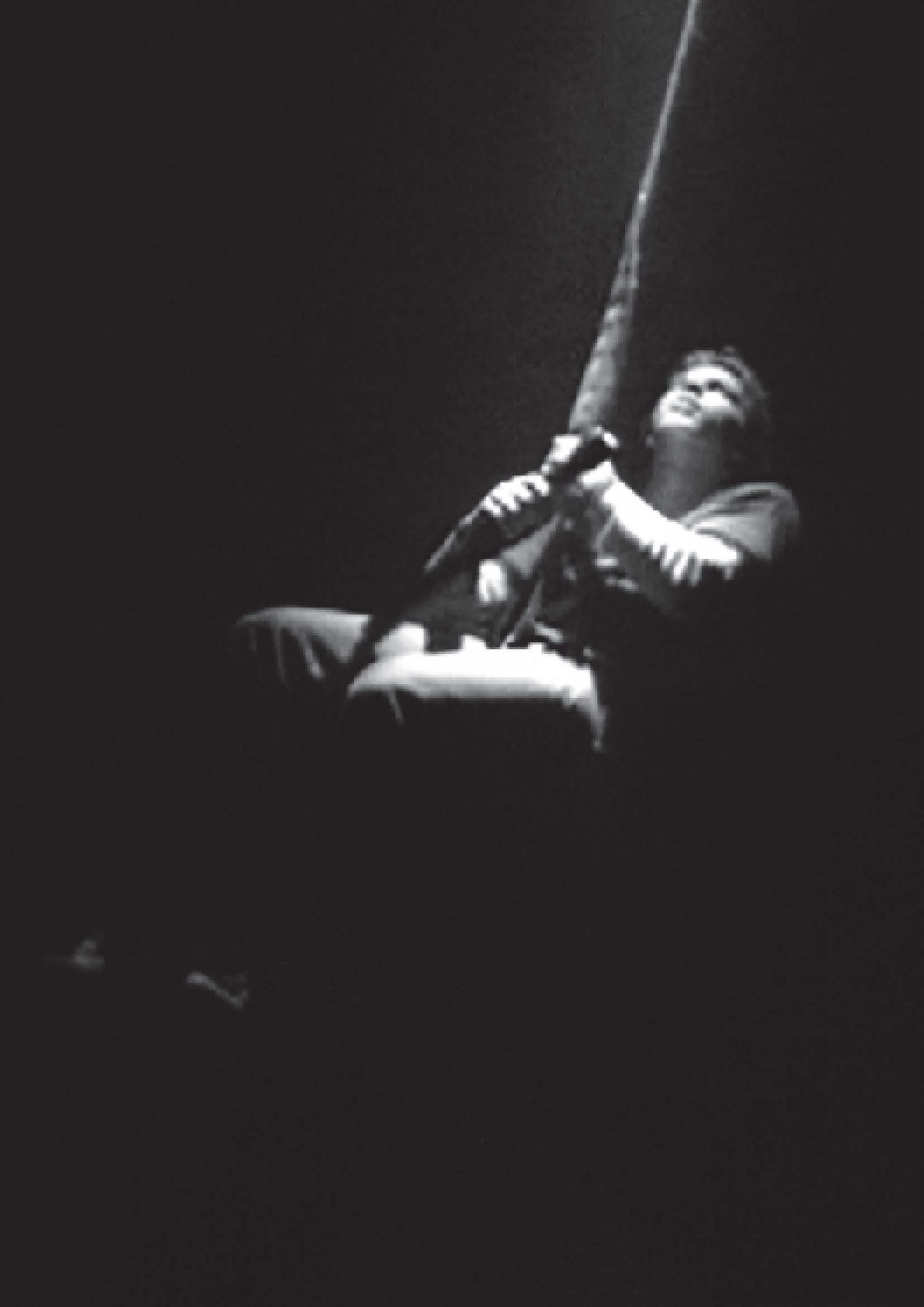 It’s the beginning of summer and for most students this means the start of well deserved holidays. Not so for Tim, Evelyn and Niclas, three high school students in their final year. There’s an extra exam they have to sit through. Everything appears to be normal. Tim worries more about what to do after he graduates, than about the exam itself. Evelyn tries to pull together her courage to make that phone call to her dream date and Niclas passes the time listening to music and chewing gum. Then, suddenly, their teacher disappears and things start to get strange. It becomes totally dark outside and they can no longer leave the building. All the exits are closed and the phone is dead. When a strange person dressed in black appears in the corridors, the three start to get really worried. Together, they try to reveal the secret of the darkness. Niclas wants to leave the building by climbing out of a window with a fire hose. But even this way out leads into darkness. The school appears to float in empty space. Hiding in the chemistry lab, their thoughts are occupied by the mysterious person in black who’s somewhere out there, waiting for them…
Directors Philipp Stennert and Jakob Ziemnicky were high school students themselves in 1993 when they started working on the script for Dark. The idea of three students in a school surrounded by nothing but darkness and looking for a way out needed two years to grow into a full script. But by then, shooting the film seemed unlikely because of all the ideas for special effects and costly scenes. But in 1996 a small production company offered some technical support and, after a few rewrites, the directors convinced a crew and cast of friends to work for fun. With the majority of the 200.000 Bfr budget spent on pizza to keep everybody happy during 14 hour shoots, Stennert and Ziemnicky managed to pull off a tour de force. With a very effective use of black and white film, editing and music, they have created an atmosphere of constant tension and unease. Considering the minimal means, the result is truly remarkable. So join our three students, as they are confronted with their dreams and fears in Dark.