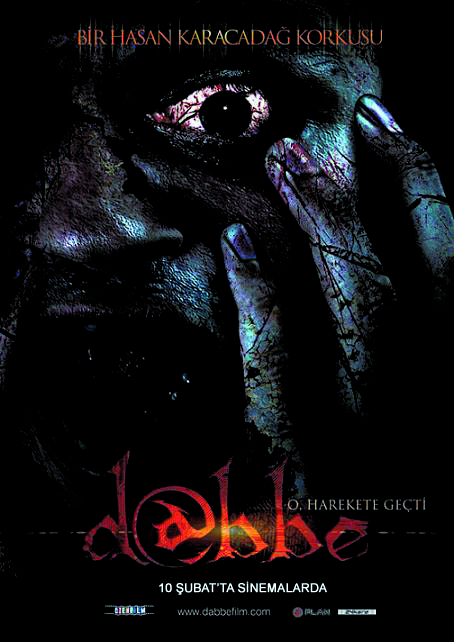 Tarik’s friends are really worried. For a while now, he has turned into a recluse, never leaving his home and passing all his time in front of his computer. When they decide to visit him, they find him dead. According to the police, it’s suicide, but his friends refuse to believe that the jovial Tarik could have killed himself. They start investigating what has really happened to him. What’s wrong with his computer and why are they receiving pictures of Tarik that are being sent from his own e-mail address ? The three friends are just as clueless as the police to what is going on. They soon find out that strange suicides are happening all over the world. Could there be a connection ? If you think that D@bbe looks strangely familiar to Kiyoshi Kurosawa’s Kairo, then you’re not mistaken. Director Hasan Karacadag has used many ideas from the J-Horror masterpiece for his creepy and atmospheric supernatural shocker. But his main source of inspiration is Dabbe-ul Harz, a demonic entity who is mentioned in the Koran as the herald of the Apocalypse. Once the demon comes into the mortal world, his influence starts to spread like a spider web. Despite the obvious budgetary restraints, Karacadag manages to scare us slowly but surely, thanks to a solid script, aggressive sound design and a bunch of young, talented actors. The movie was a big hit in Turkey, with D@bbe 2 and 3 already in pre-production.