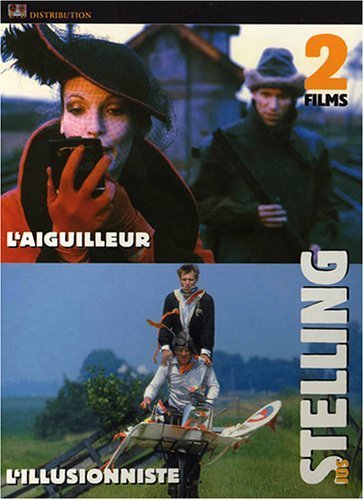 Somewhere outside of time, in a desert land. A railway line and a tiny train station. Just like Robinson on his island, the pointsman is spending his time hunting down rats.
One day, on the brink of winter, a woman gets off the train here by mistake. The train leaves and is only coming back in a year. She is pretty, she is wearing luxurious clothes and the pointsman does not speak her tongue. To our man, she is an extraterrestrial, an E.T. light years away from her home.
To simple man who never questioned himself, this woman is dangerous and what seems to be a simple dream at first will turn into a nightmare. The signaler’s paradise becomes a moist, rotten shipwreck filled with woodlice.
The cinematographic press has been praising “The Illusionist” by calling it the director’s best movie, and it seems fair. “The Pointsman”, which is coming out three years later”, could overthrow it. “Jos Stelling is an incredible film-maker, ‘The Pointsman’ is a parable that touches everyone and brings us back to something we needed” (Mad Movie). “Spreading like burnt matches on the snow, the lunar characters from ‘The Pointsman’ are immediately fascinating. It is a rare movie.” (Starfix)