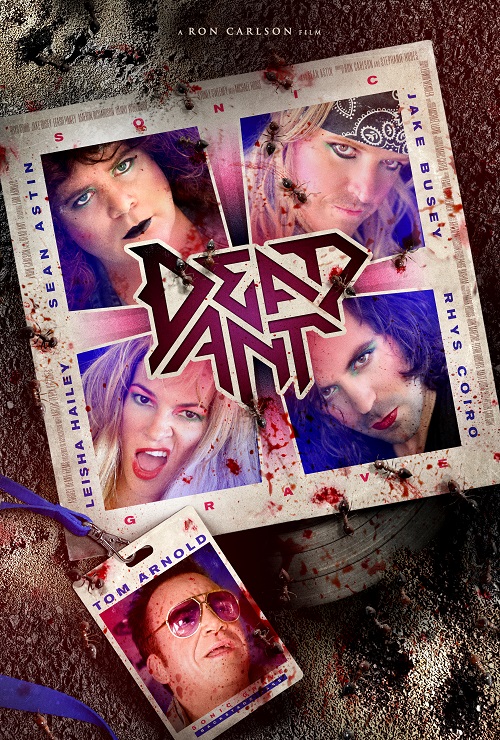 A glam metal band that’s run out of hits and ideas is attending a music festival in the middle of the Californian desert. Before they get there, they make a quick stopover to buy “mind-altering substances” from a wise old Indian. He warns them not to harm any living creature as long as they are on the drug because the consequences would be disastrous. But when one of them wilfully hurts an ant, they get their comeuppance in the form of a non-stop attack by killer ants. And each time they kill one, his siblings come back bigger and deadlier. Before they know what’s what, they’re running for their dear life, while at the same time fighting off the cruel creatures. Till the bitter ant ! Dead Ant is an entertaining, no-nonsense horror comedy that looks like an update of 1950s monster movies. Among the actors, we recognize some well-known faces from B movie fun and recent TV series. Jake Busey (From Dusk till Dawn, Starship Troopers) is one of the band members and Michael Horse (Twin Peaks 1990 and 2017) is the peyote-providing Indian, while good old Tom Arnold (True Lies, Freddy’s Dead : The Final Nightmare) as the band’s manager takes care of the business ant… I mean end.