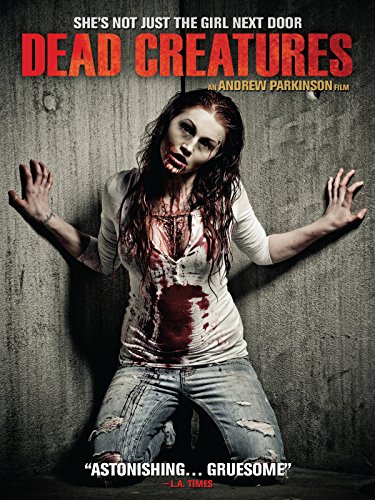 Jo, Ann and Ali are young women thrown together by circumstance. They are living in a working-class district, sharing what they have, trying to make the most of life. But they are not ordinary women. After having been attacked by strangers, they are infected with a virus that makes them decay. To survive, they must feed off fresh human flesh. And their difficult lives in the apathy of British Suburbia are made even more difficult by a middle-aged man trying to hunt them down, with motives only known to him.

Forget about gothic vampires, Haitian zombies and baroque gore movies and get ready for a horror movie of the 21st century. Director Andrew Parkinson has crafted a truly original film, with a simple, underlying idea. Transpose the old zombie myth to a deliberately realistic setting. His “zombies” are not the mindless, monstrous creatures from the traditional films of the undead, but rather ordinary people who look, speak and feel like everyone else. They are simply victims of their own fate. The uncommon approach of making the zombies human, in conjunction with good acting, good script and gorgeous photography makes Dead Creatures an intelligent and original addition to the horror genre.