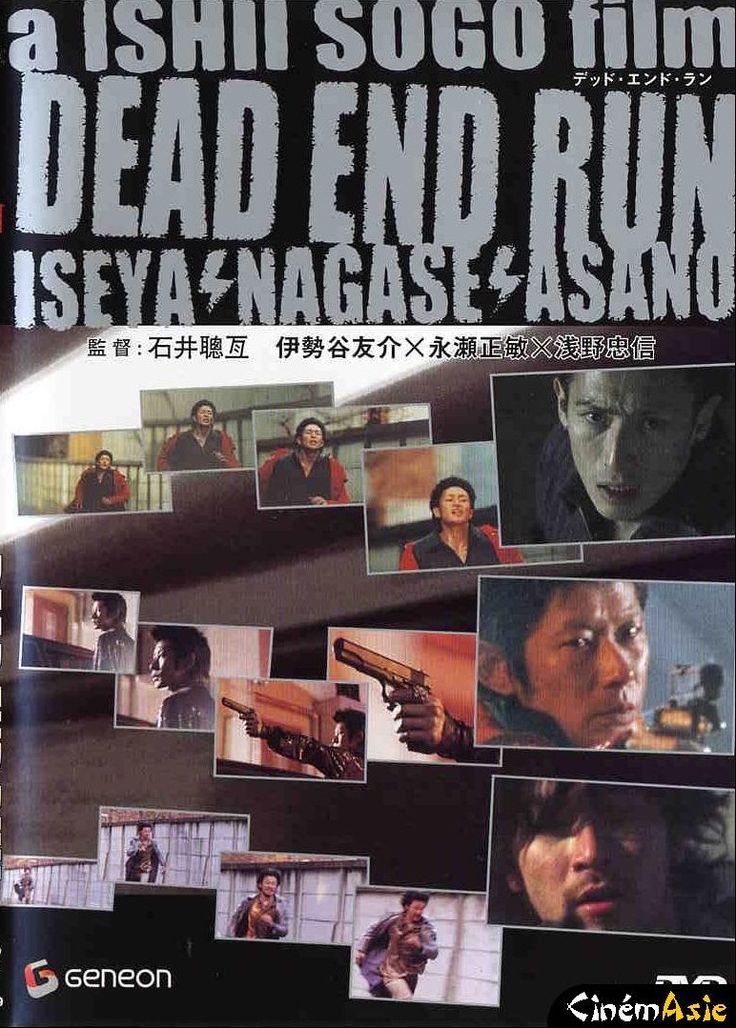 Dead End Run is made up of three short films. In the first part, we see a man, played by Iseya Yusuke (After Life, Harmful Insect), who is pursued by a female robot with a predilection for musical songs. In part two, the pursuit revolves around Masatoshi Nagase (Gojoe, Electric Dragon), who is driven by a hitman into a dead end alley. In part three, Tadanobu Asano (Electric Dragon, Ichi The Killer, Zatoichi) is being chased by the police. He ends up on a roof where he kidnaps a girl who was there in order to commit suicide.
Dead End Run is the first film of Sogo Ishii (Labyrinth of Dreams, Gojoe) since the spectacular Electric Dragon 80,000 V. And to our great joy, he continues on the road taken. Ishii’s films blend the breathless nature of commercials and action films with the uncompromising sensibility of the experimental film. They are physical experiences, partly thanks to the thundering soundtrack. Loud guitars, but also extremely amplified background and motion sounds, together with vibrating zooms and fast close ups, combine to ensure an overwhelming experience.