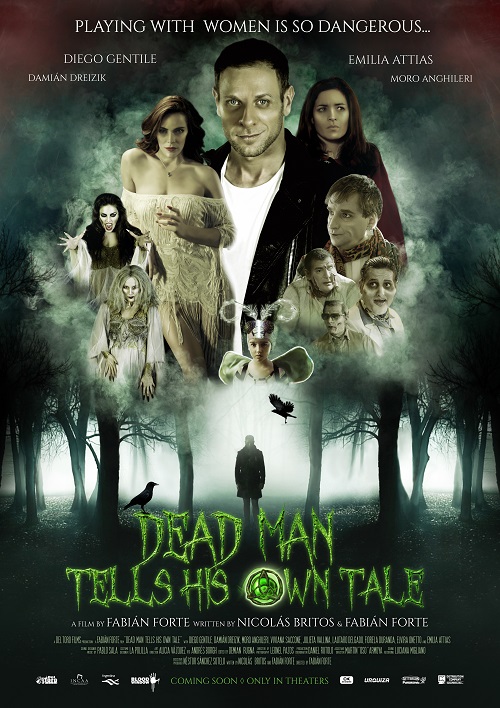 DEAD MAN TELLS HIS OWN TALE

Angel is one of those typical macho’s who does not hold women in high regard. With his fancy talk, his tight suit and his fashionable job as a director of publicity spots, he has ample opportunity to grab as many young aspiring actresses by the pussy as he can. His wife and kid are left to deal with the consequences. This is now drastically coming to an end. One night, when there’s once again not enough blood flowing through his brains and too much through his nether regions, he walks into a trap set up by a circle of Celtic Goddesses. They transform him into a zombie and make him a pawn in their plan to end male dominance one and for all. Luckily Angel’s not alone. He’s part of a brotherhood of undead macho’s. They do not only exchange tips in how to mask their increasingly penetrating body odor, they also come up with a plan to sabotage the Goddesses. Dead Man Tells His Own Tale is a hilarious fable about the battle of the sexes. Director Fabian Forte (Mala Carne, La Corporacion) is generous with dark humor to crucify the sexist reflexes of men, without turning his film into a feminist manifesto. The script was written by Forte and Nicolas Britos (Kryptonita, BIFFF 2016) and the martyr of the incorrigible macho’s is a part by Diego Gentile (Wild Tales).