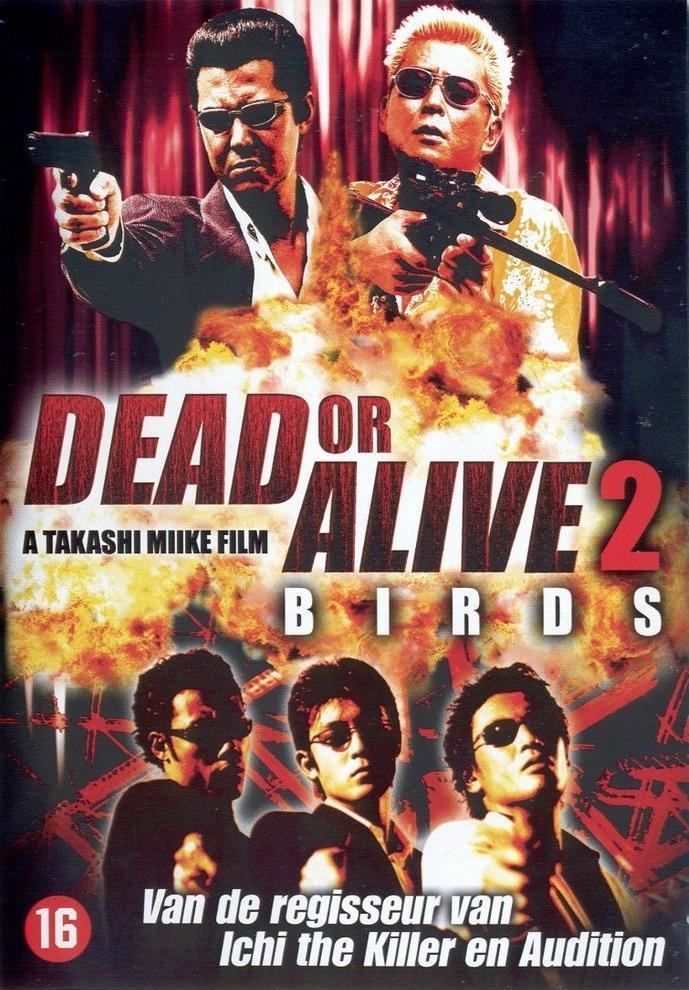 Mizuki, a hipster with dyed blond hair and a penchant for Hawaiian shirts, is hired to kill a gangster boss in an effort to spark all out warfare between the Chinese Triads and the Japanese Yakuza. Once they have taken each other out, a smaller organization will move in on their turf. Mizuki sets up in his hiding place with a sniper rifle and is about to do the job when a mysterious stranger pops up and kills everyone on the scene. Mizuki collects the money anyway and skips town. He’s bothered by the stranger, bothered by the fact that there’s something familiar about him. It’s not until Mizuki makes it all the way back to his childhood home, a small island, that he figures things out. The stranger has made the same trip and when Mizuki confronts him, he realizes it is Shu, his best childhood friend. But the betrayed gangs are also on their way to the island, wanting bloody revenge. The deliciously funny Dead or Alive 2 : Birds is another marvellous piece of kinetic cinema from Japan’s busiest director Takashi Miike (The Audition, City of Lost Souls, Ichi The Killer). Soaked in his trademark excessive violence, the movie balances broad humour with bitter nostalgia, constantly forcing you to redefine what you think you’re watching. With Riki Takeuchi (Fudoh : The New Generation, Dead or Alive I), Show Aikawa (The Eel, Seance), Teah (City of Lost Souls) and cult-director Shinya Tsukamoto (Tetsuo, Bullet Ballet, Gemini) as a magician.