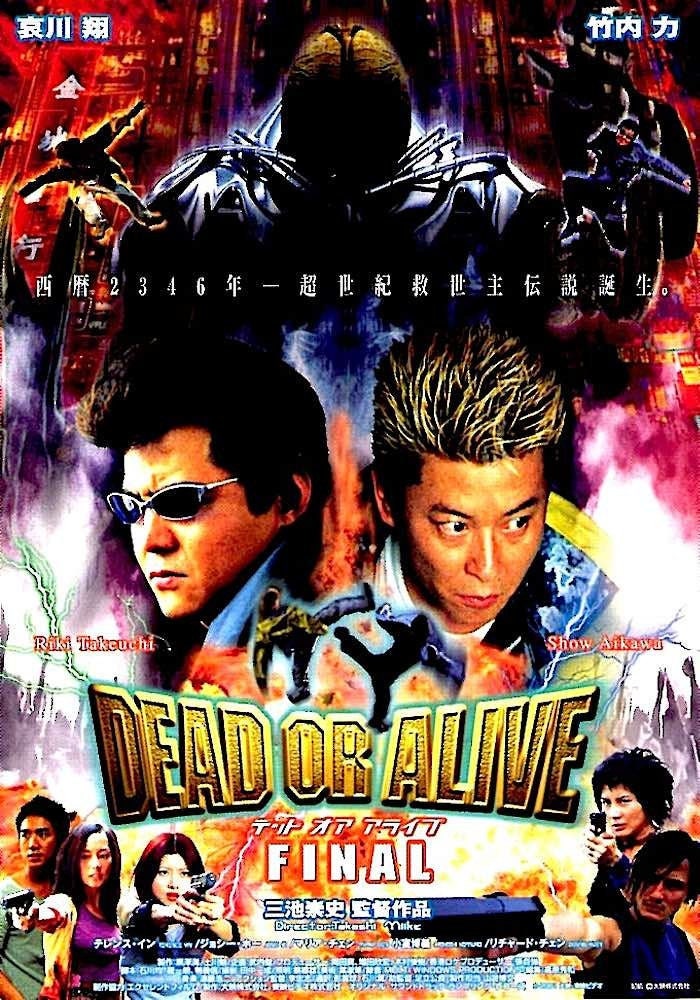 Yokohama, the year 2346. The world is no longer only inhabited by humans, but also by androids who look amazingly human. In order to restrict the boosting birth rate of the past years, dictator Woo has invented a drug that will refrain people from having a child. Those who resist the use of the drug join together to rebel against Woo and his regime. Police detective Honda, who admires Woo as a father, is ordered to crush the uprising. As Honda and his men patrol the city in search of the rebels, they come across Ryo. Both Honda and Ryo immediately recognize that there is some kind of connection between them. But what binds these two men together and what does Woo want with the world ?

Dead or Alive Final is the conclusion to Takashi Miike’s brutal and extreme action saga, begun with Dead or Alive (1999) and continued with Dead or Alive II : Birds (2000). The maker of The Audition, Visitor Q and Ichi The Killer has collaborated with Chench Lee, action director of the Rush Hour series, for his first imaginative science-fiction feature. Starring Riki Takeuchi (Fudoh, DOA I and II), Show Aikawa (Seance, Pulse), Terence Yin (City of Lost Souls) and Josie Ho (Horror Hotline).