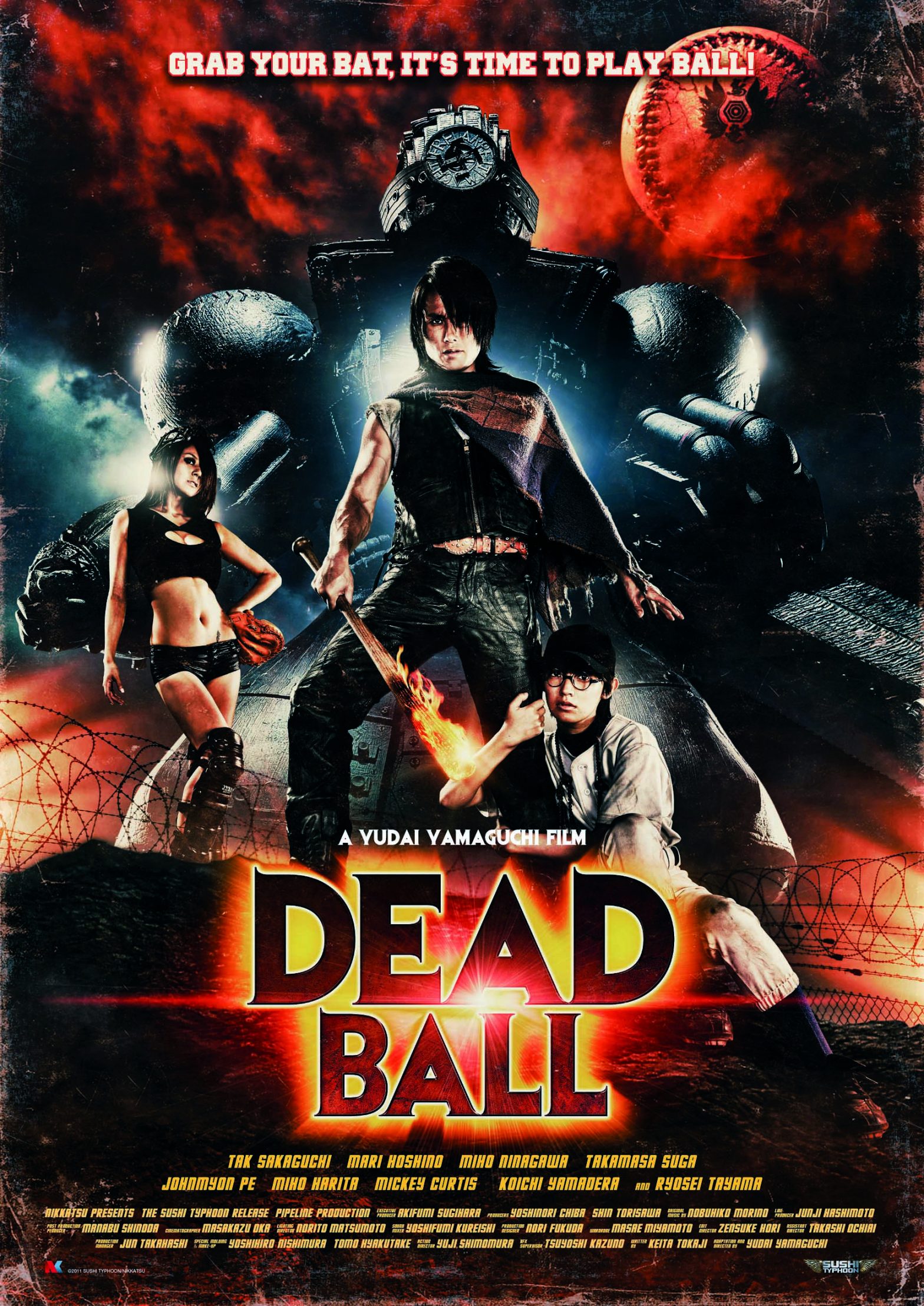 Baseball prodigy Jubei, the most feared and dangerous juvenile delinquent of Japan, has finally been locked up in the Pterodactyl Juvenile Reformatory for hardened criminals. Despite having sworn never to play baseball again after accidentally killing his father with a deadly fireball pitch, Jubeh is forced by sadistic headmistress Ishihara to join the reformatory team, the Gauntlets. Their first opponents : the psycho butcher girls of St Dahlia High School. Jubeh will quickly learn that he’s not only fighting to win the game, but also to save his own life ! You loved them last year ; so the wacko’s of Sushi Typhoon are back for an encore! Deadball is definitely a hilarious offensive, politically incorrect sports splatter comedy and obviously a follow-up to Yudai Yamaguchi’s zombie baseball classic Battlefield Baseball ( 2003 ). As usual, it features action star and fight choreographer Tak Sakaguchi ( Versus, Mutant Girl Squad, Tokyo Gore Police ) for a riotous, over-the-top epic of excess ! Enjoy and don’t forget to plug out your brains !