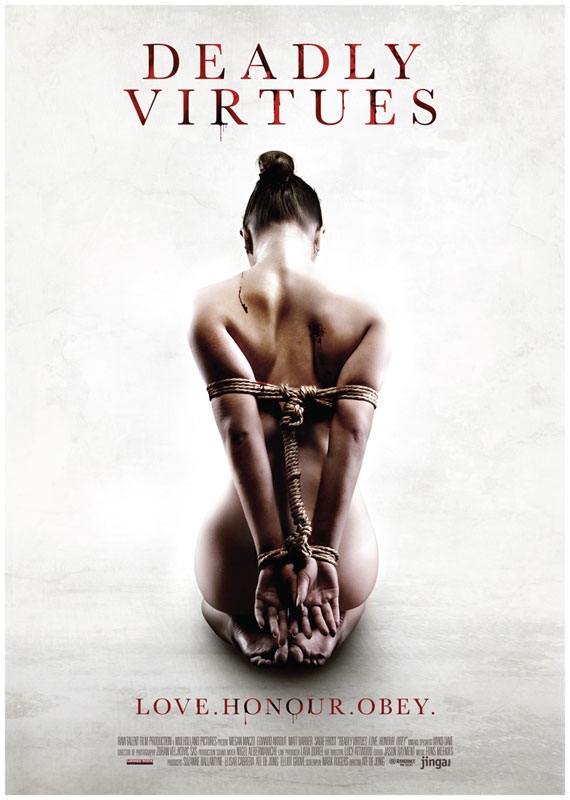 In the dead of night a stranger walks down a residential street. He’s looking for something; a house. Gaining entry with the aid of a key he makes his way to the upper floor, from which the sounds of lovemaking emanate. The stranger interjects, attacking the man. Injures him. Gives chase as the woman runs. When she wakes, she’s strapped to the ceiling of the kitchen, a bizarre web of ropes that hold her fast, in special Japanese Kinbaku style. From upstairs she hears bumps and thuds as the barely conscious husband is taken captive in the bathtub. The stranger’s arrival in the kitchen yields fear: he knows her and he wants her. She’s in for an unpleasant weekend. In 1992 Dutch director Ate De Jong presented a double bill at the BIFFF with Drop Dead Fred and Highway To Hell. Since then our internationally active sympathetic Northern neighbor has been quite busy as a producer (The Discovery of Heaven, Left Luggage, Two Eyes Staring…) and as a director (Fogbound, The Bombardment…). He returns to Brussels with an original and exciting home invasion movie. De Jong turns the limitations of his enclosed location into an advantage, with a stellar performance by Megan Maczko (Me and Orson Welles) as the woman.