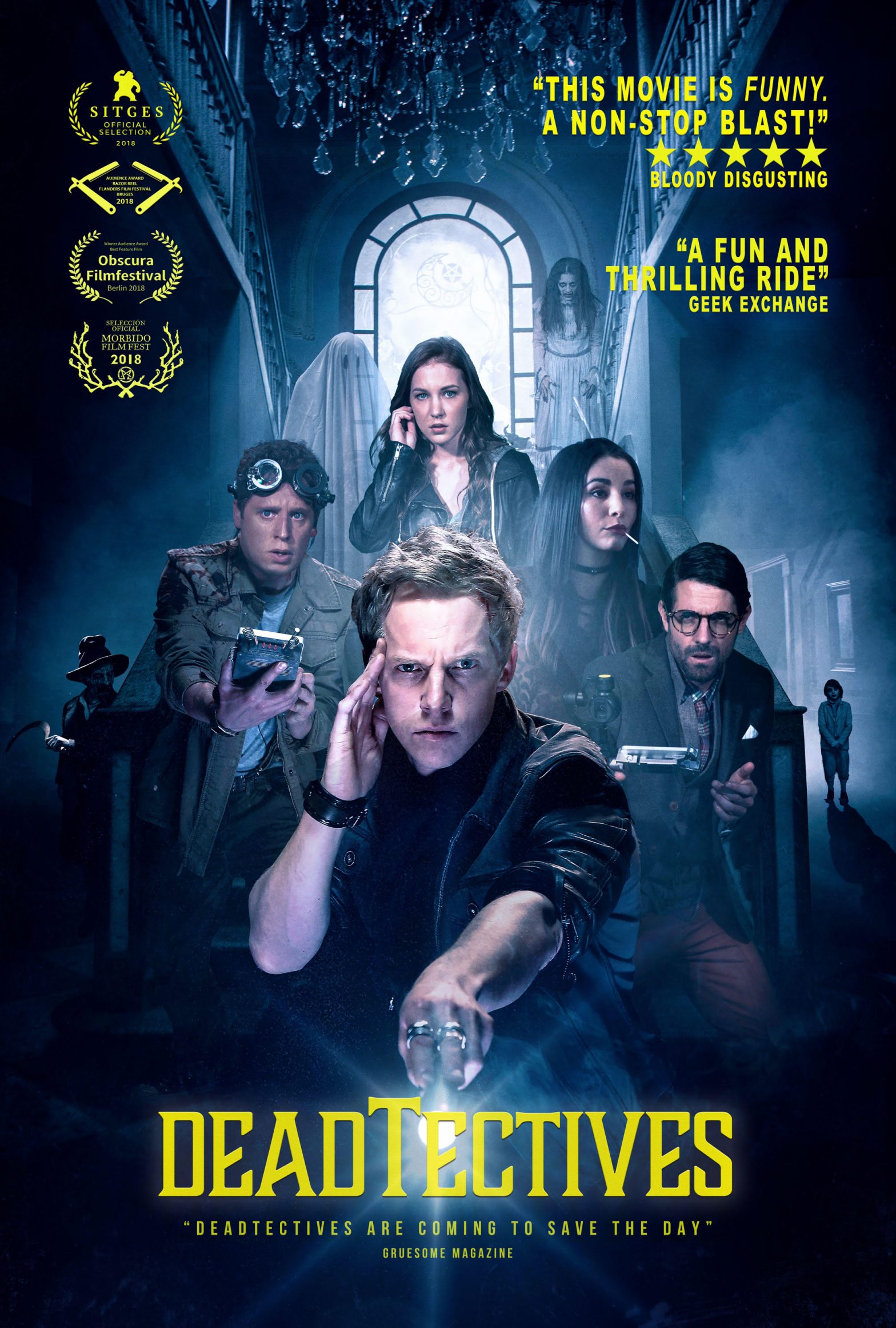 A catchy name is half the work, isn’t? DeadTectives, that’s what a slick bunch of paranormal investigators call themselves. They have their own reality TV show but lately, the ratings have been going down faster than Donald Trump’s popularity. After a disastrous episode in a cake shop, their producer gives them one last chance. They have to go down to Mexico and look into a haunted house. In good spirits, they set up a juicy spectacle which is sure to turn their fate around. But then real ghosts creep out of the woodwork and our giddy ghostbusters have to acknowledge that the joke isn’t funny anymore. Will they live to tell the tale? And more importantly, what will the viewers think? When Tony West set out to make his directorial debut, he must have thought something along these lines: what if I were to take the shudders and shivers of POLTERGEIST and THE AMITYVILLE HORROR, and combine them with the comical shenanigans of GHOSTBUSTERS and BEETLEJUICE? That’s exactly what he did and the result, DEADTECTIVES, is an easygoing horror comedy with a perfectly timed mix of jest and terror. So far, the audience has loved it, considering that it won the Audience Award at Razor Reel 2018.