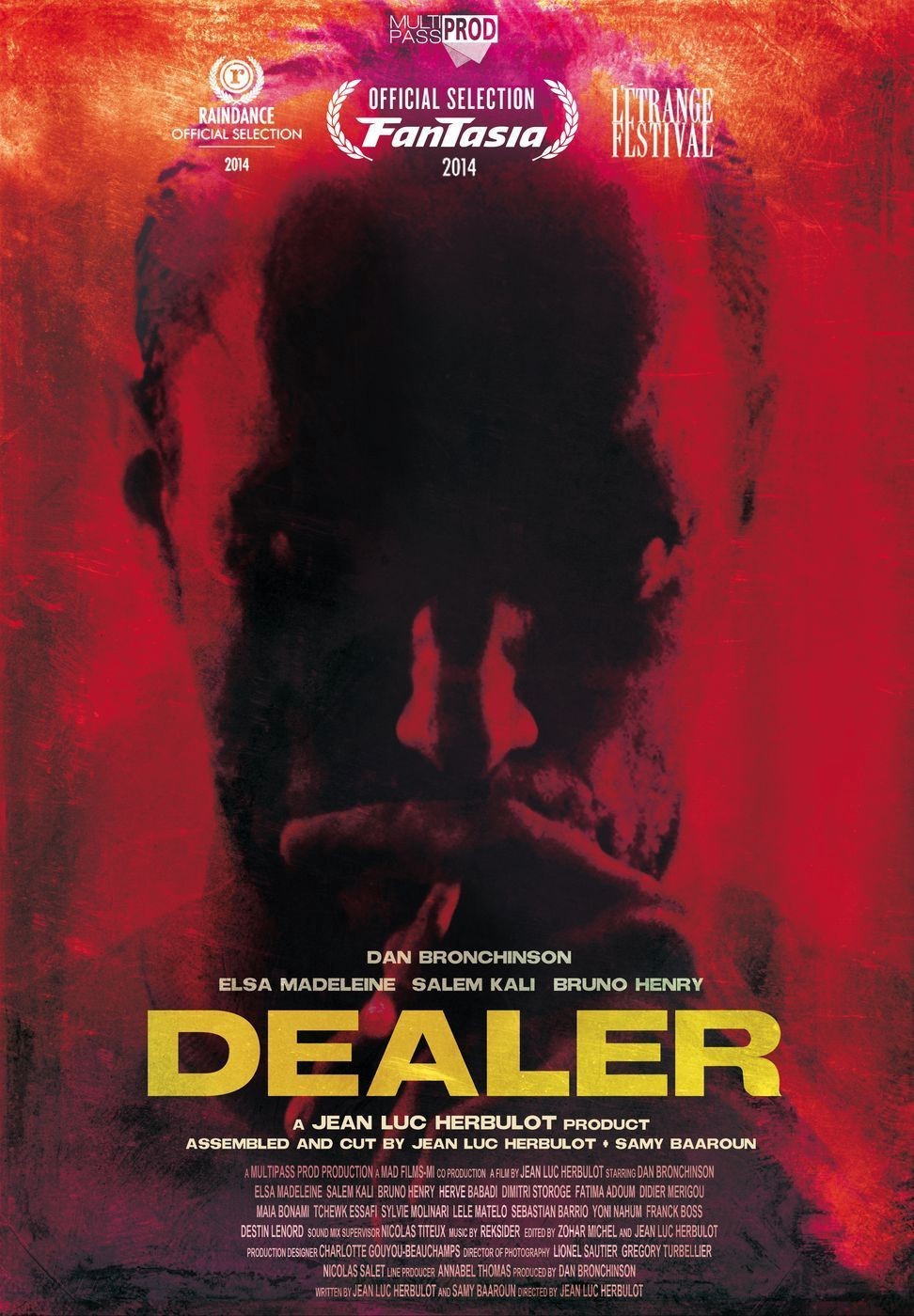 Dan Bronchinson has a dream. He want to leave a life of cocaine smuggling behind and settle with his daughter in Australia. But walking the straight and narrow will require quite a bit of money. Dan is close to reaching his goal, but not close enough. Then a client asks him to deliver a kilo of cocaine within 24 hours. It’s the Paris Fashion Week and all the professional anorexics are in need of their pixie dust. The Australian dream is within reach. Dan accepts the deal. This is the start of a downward spiral sucking him back into 24 hours of hell.

Dealer was shot in twelve days with a budget of only 165.000 dollars, but that doesn’t show at all; quite the contrary. The first long feature of Canadian director Jean-Luc Herbulot is a true tour-de-force that got him noticed by Hollywood. Herbulot is busy preparing his next film, The Bends, starring Rosamund Pike (whom you know from David Fincher’s Gone Girl) and Joel Kinnaman (The Killing).