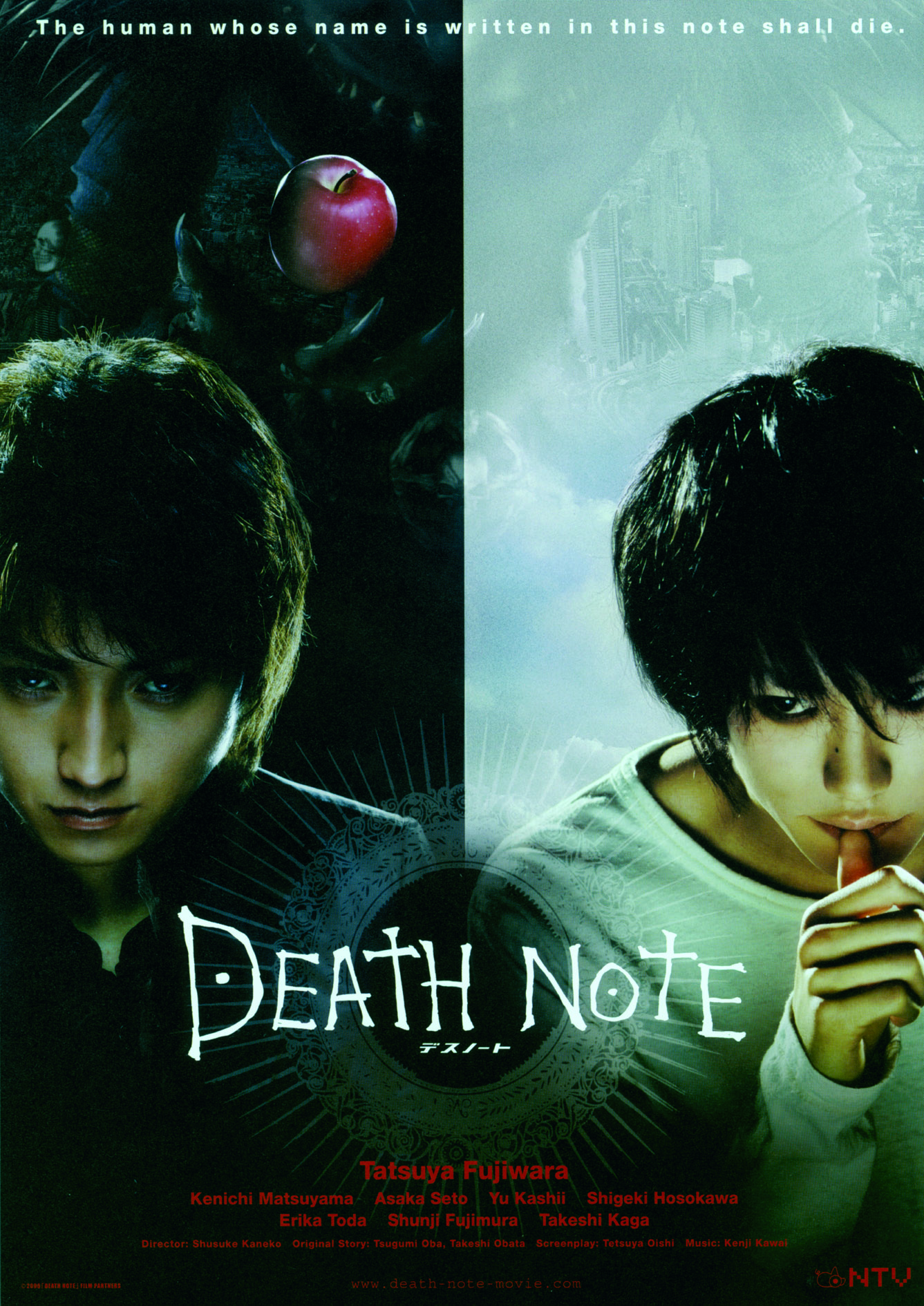 Light Yagami is a brilliant law student disgusted with the shortcomings of the justice system. One evening, all his wishes are granted when he finds a notebook dropped by the God of Death. The owner of this “Death Note” can kill someone simply by writing their name in the book and even use it to manipulate the events surrounding that person’s demise. Viewing himself as a moral avenger, Light assumes the identity of “Kira” and begins to punish criminals on a global scale. Light/Kira soon becomes the latest controversial media sensation, attracting an equal amount of supporters and critics. Teaming up with Ryuk, the God of Death himself, Light is quickly corrupted by his newfound power and begins to use it against the opposition. As the body count rises, the police are approached by the mysterious “L”, a bizarre hyper-intelligent detective hell-bent on discovering Kira’s real identity. What happens if you have the power to bring about death to any individual with just the stroke of the pen ? You’ll find out in Death Note and its sequel, Death Note : the Last Name. These hugely successful adaptations of the million-selling manga, are nothing less than a phenomenon in Japan. The story, centring on the tense cat-and-mouse game between Light and L, packs in enough twists and intrigue to fill ten movies. Director Shusuke Kaneko has created an epic pulse-pounding mystery with dark fantasy overtones that proves that absolute power corrupts absolutely. Death Note is an engaging and stunningly original horror-fantasy. Starring Tatsuya Fujiwari ( Battle Royale I & II ) as Light and Kenichi Matsumaya ( Bright Future, The Taste of Tea ) as L.