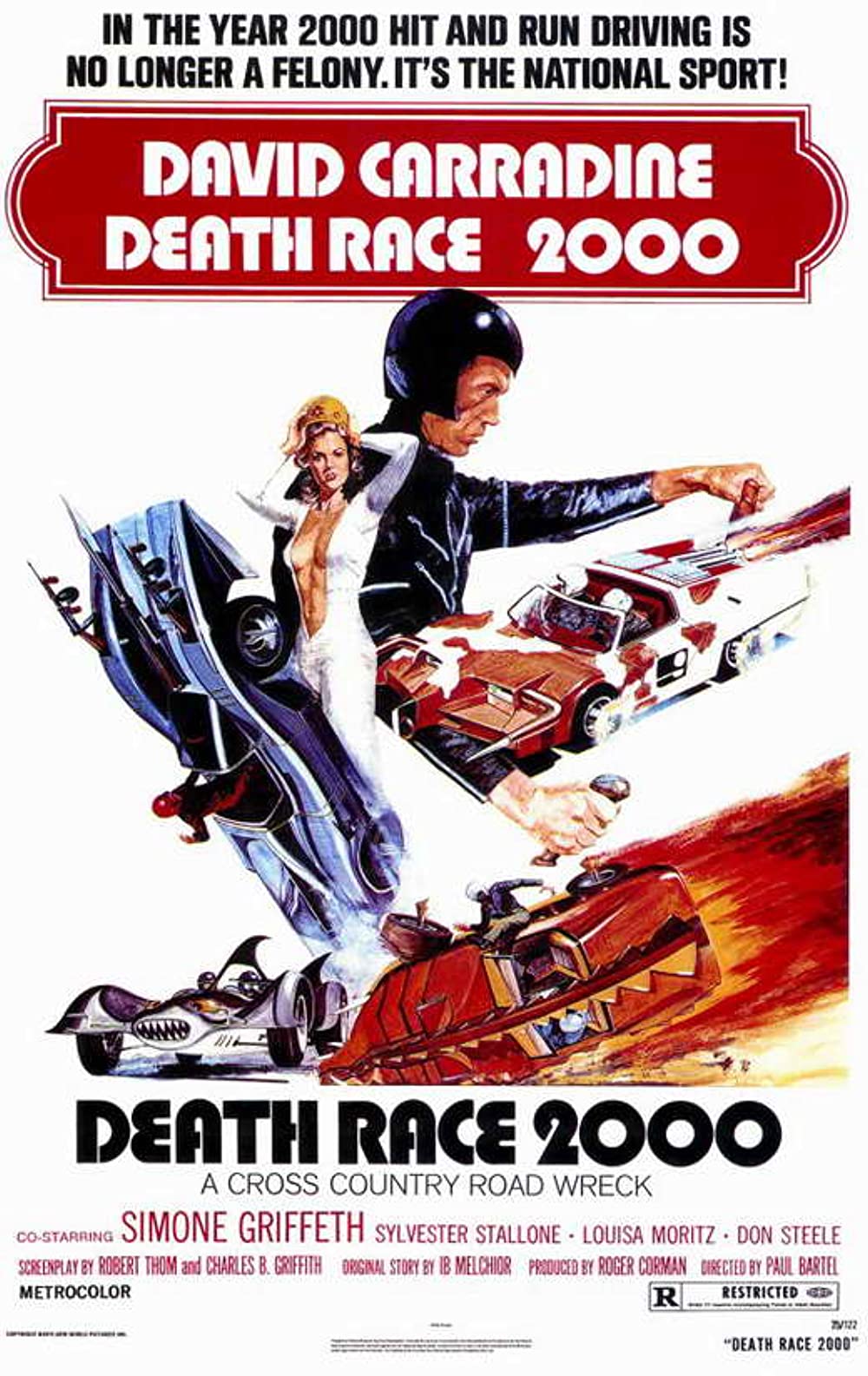 The 21st century: a nightmare. No radioactive sediment, no cities destroyed, no repulsive mutants… America is changed into one brutal and totalitarian society, where the civilians are only interested in one thing, a deadly race trough the provinces. The most amazingly build race cars are broadcast live on air by all television stations during their deadly contest: the ranking of points is directly linked to the amount of corpses.
An action film, not lacking black humour, directed by Paul Bartel (Cannonball) assisted by John Landis, Lewis Teague and Charles Griffith, production by Roger Corman. A duel between David Carradine (The Serpents’ Egg) and Sylvester Stallone, who accomplished his first Rocky film a year later.