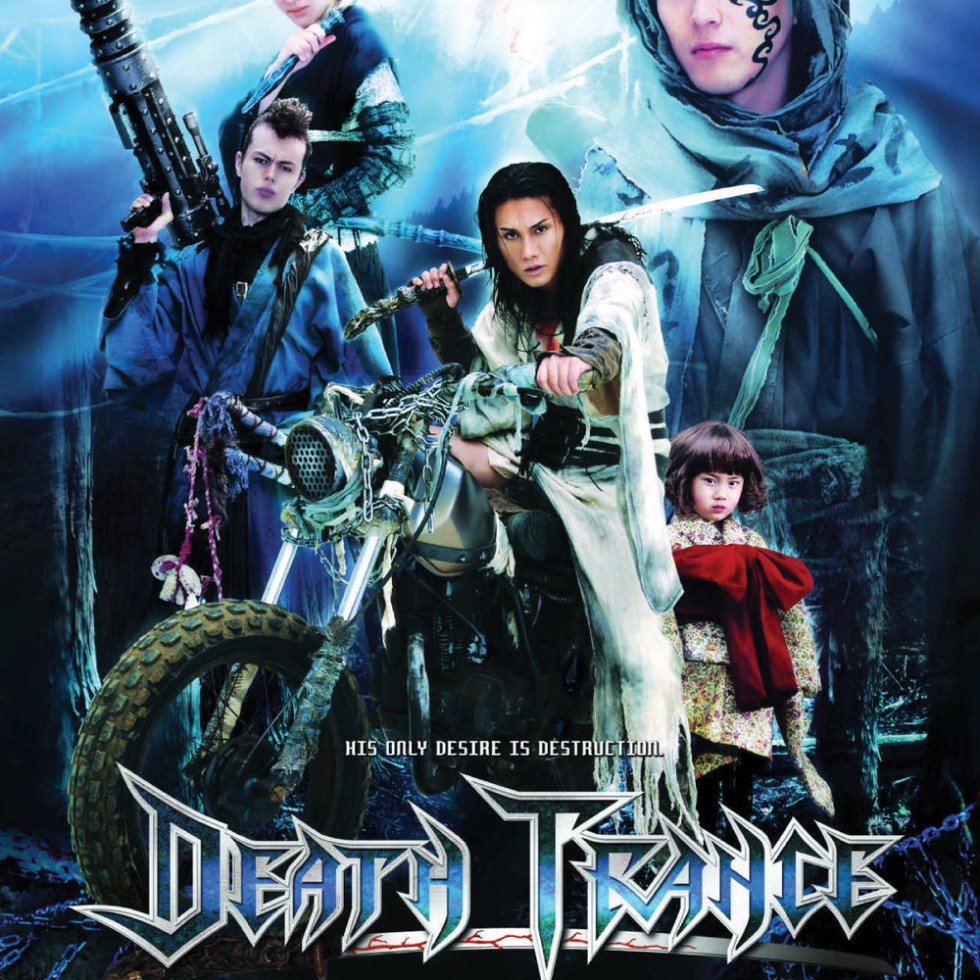 In an unknown place and unknown time, a master swordsman known by the name of Grave searches for the ultimate battle. Never showing fear for any fight, Grave is the one and only swordsman able to steal the mysterious and legendary coffin from the holy Tougan temple. In this world without reason, a young girl from the temple grounds follows Grave and the coffin wherever they may go. And so begins the deadly race to re-capture the coffin and its hidden power from Grave. Death Trance is a stylish over-the-top action fantasy film starring Japan’s newest star Tak Sakaguchi (Versus, Aragami, Godzilla : Final Wars, Shinobi), based on the best-selling manga by Kana Takeuchi. Yuji Shimomura, best known for directing the fight sequences for Versus, makes his directorial debut. His film embodies a mix of the modern Samurai movie with highly stylized post-apocalyptic Mad Max cinematography. Filmed amongst the ancient ruins of rural Japan, Death Trance depicts non-stop battles between sword and gun, mortal and immortal, myth and reality.