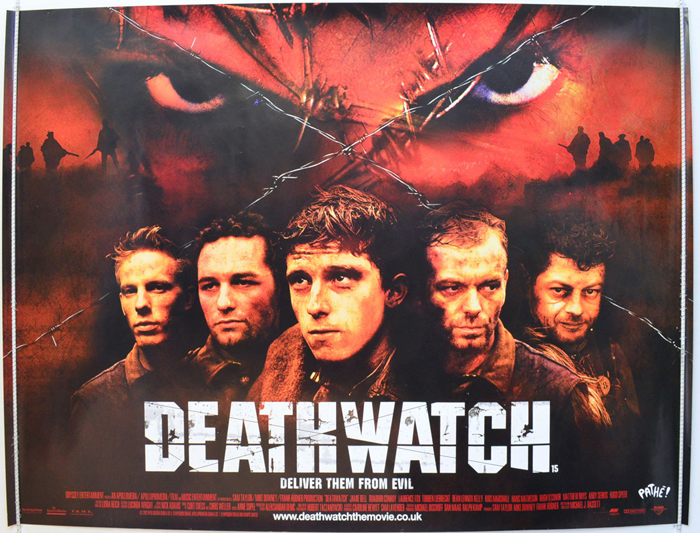 The British front line is preparing for a night assault on German trenches. Charlie Shakespeare, a young and clearly terrified soldier, staggers into the nightmarish battlefield. Fog creeps across the battlefield towards the men. They drop like flies. The survivors of Shakespeare’s Y-Company are now lost and surrounded. They come across a German trench and discover a crazed German soldier. He is terrified, screaming at them to get away before they all die. There are mutilated Germans everywhere, all with terrified expressions on their faces. Something very strange and scary has happened here.

Just as last year’s Golden Raven, Dog Soldiers, or this year’s 28 Days Later, Deathwatch, by debut director Michael J. Bassett, is another example of the vitality of current British fantasy cinema. Inspired by classics such as The Haunting, Alien and The Thing, Bassett transfers the horror to the trenches of World War I, showing that the old maxim that war is hell can be taken quite literally. With a competent cast, led by Jamie Bell (Billy Elliott) as private Shakespeare and with Hugo Speer (The Full Monthy), Laurence Fox (The Hole) and Andy Serkis (Lord of the Rings).