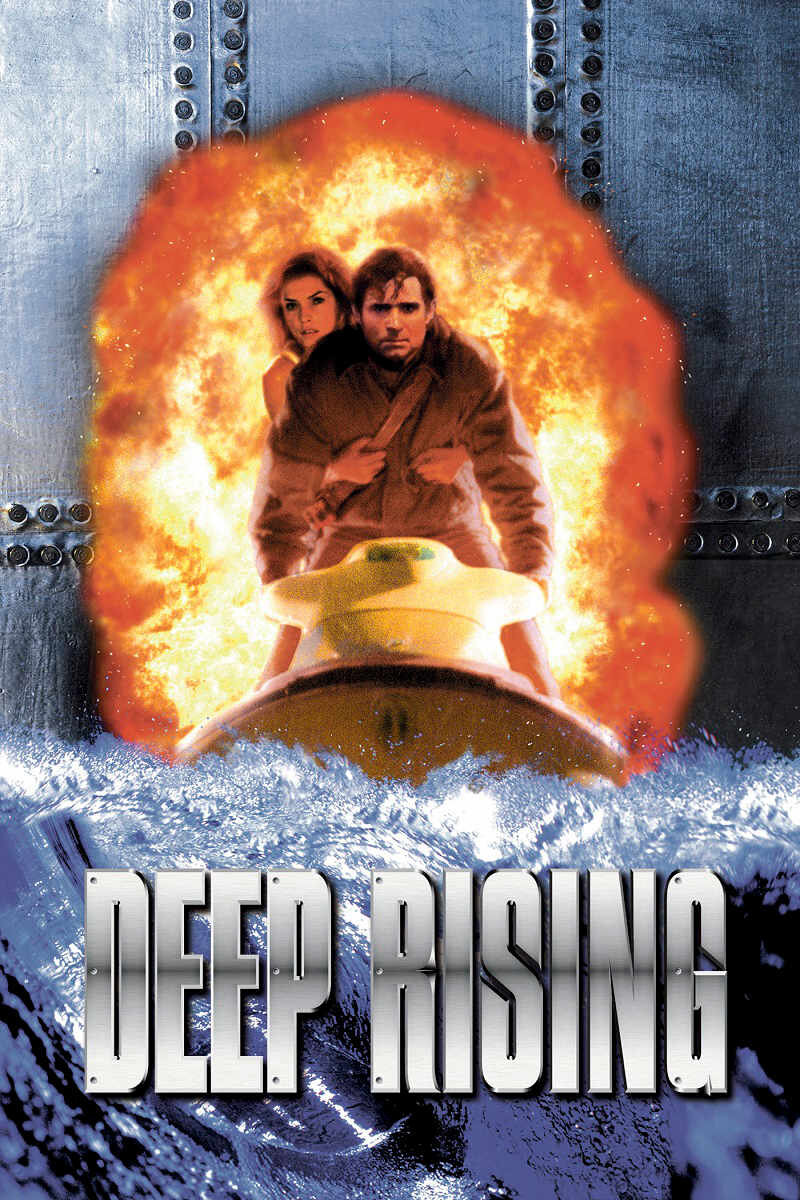 With its lights gleaming off the quiet ocean surface, a magnificent, state-of-the-art luxury cruise liner cuts through the night. On board, the richest of the rich toast to their voyage, and to the Titanic-like marvel on which they sail. But approaching the giant vessel is a band of mercenaries, armed to the teeth and primed for a high-tech pirating scheme on the liner that would be the crime of the century. But beneath the human intrigues on the surface, is a monstrous underwater creature that has altogether different plans…
Deep Rising is a colossal sci-fi action-adventure which can best be described as a cross between Aliens and The Poseidon Adventure. With a gripping and suspenseful storyline, Deep Rising combines action and horror in a bone-chilling injection of pure adrenaline. It’s written and directed by Steve Sommers (The Jungle Book) and produced by Larry Mark (Working Girl, Sister Act II). The creatures are animated by Roy Bottin (Robocop, Seven, Total Recall).