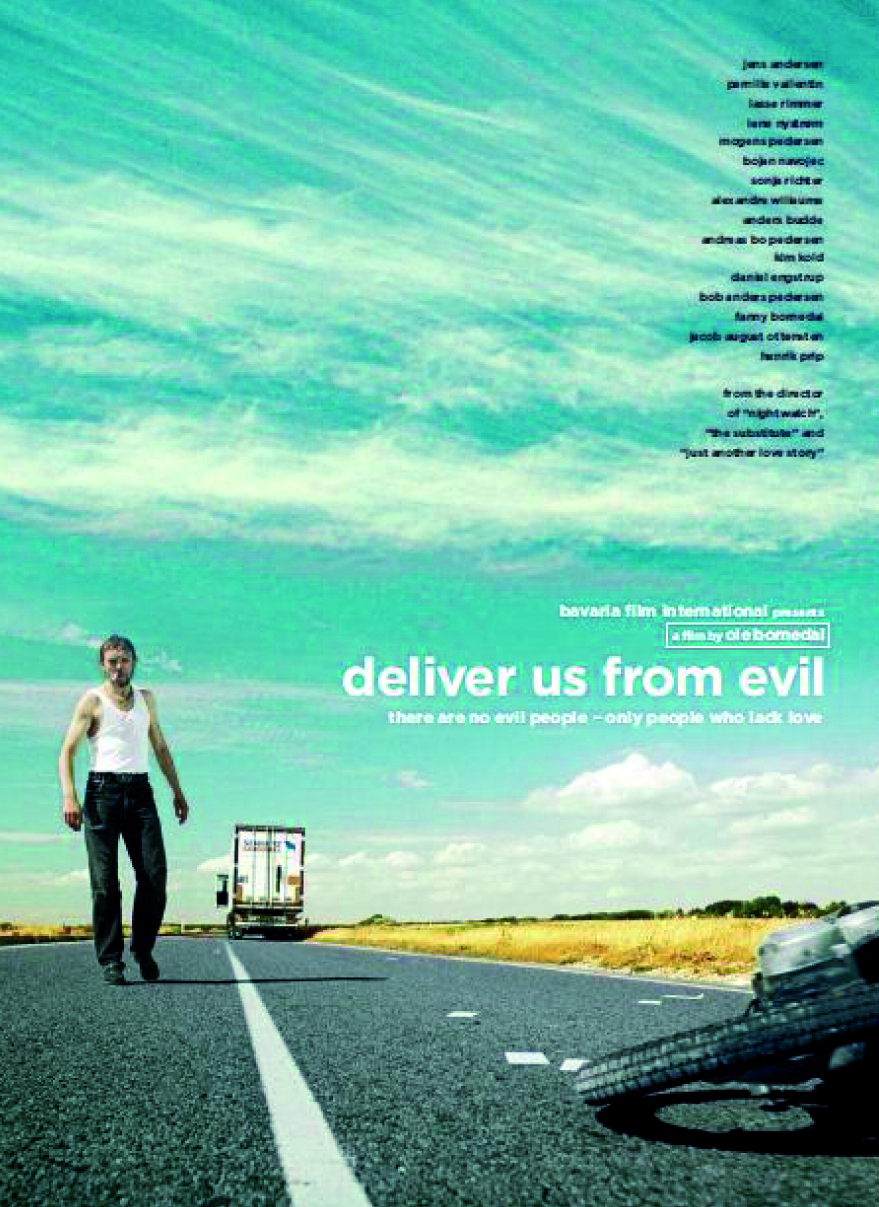 DELIVER US FROM EVIL

Will Shakespeare was absolutely right : there is definitely something rotten in the State of Denmark. Wanting to change their lives, Johannes and his family move back to his lovely hometown, in Jutland’s countryside. Ah, the genuine pleasure of hoeing in the garden or assembling IKEA furniture between two bottles of Carlsberg! That is until his half-witted and drunken brother Lars accidentally runs over a local pillar of the community with his truck. He plants false evidence pointing to Alain, a Balkan refugee as warmly welcomed by the locals as a Danish caricature in Tehran. Soon a lynch mob is on its way for some old fashioned justice, but they find Johannes in their way. A very very bad idea. Galvanized by a Lutheran fundamentalist, the drunken countrymen react as a rabid horde, turning the life of Johannes and his family into a living nightmare. They are bloody annoying by being so good, those Danes ! Ole Bornedal, already known for his massive hit “Nightwatch” ( Bifff Audience Award in 95 ), strikes back with a very sensitive subject that he handles without any smugness : the hatred of the other as a dehumanizing process. And don’t even think of agreeing with this infamous topic like offended virgins, because Bornedal compels us to sharpen our critical senses and make up our own minds.