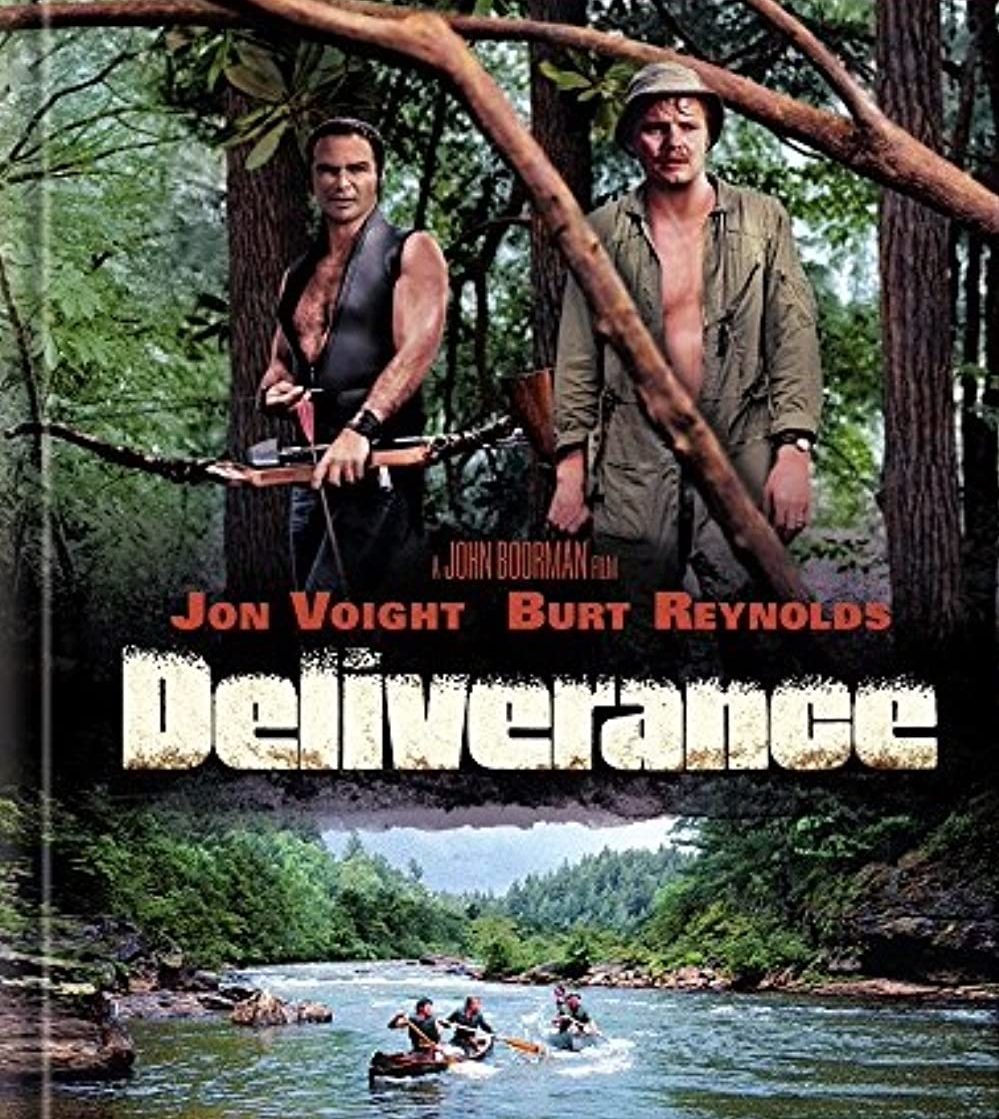 A trivial trip turns into a nightmare. A group of friends goes on a trip for the weekend. Their intention is to sail down the river by canoe, as a return to nature. Our city people, however, forget which dangers nature holds. The calm trip bursts into violence. In a confrontation with themselves, they become hunters and hunted down wild…
According to John Boorman (Excalibur, Zardoz) the saying “homo homini lupus” man is a wolf to man, applies. His last realisation, The Emerald Forest, aside, the films by John Boorman bear witness of a deep pessimism, where the ever-present violence doesn’t offer a solution.