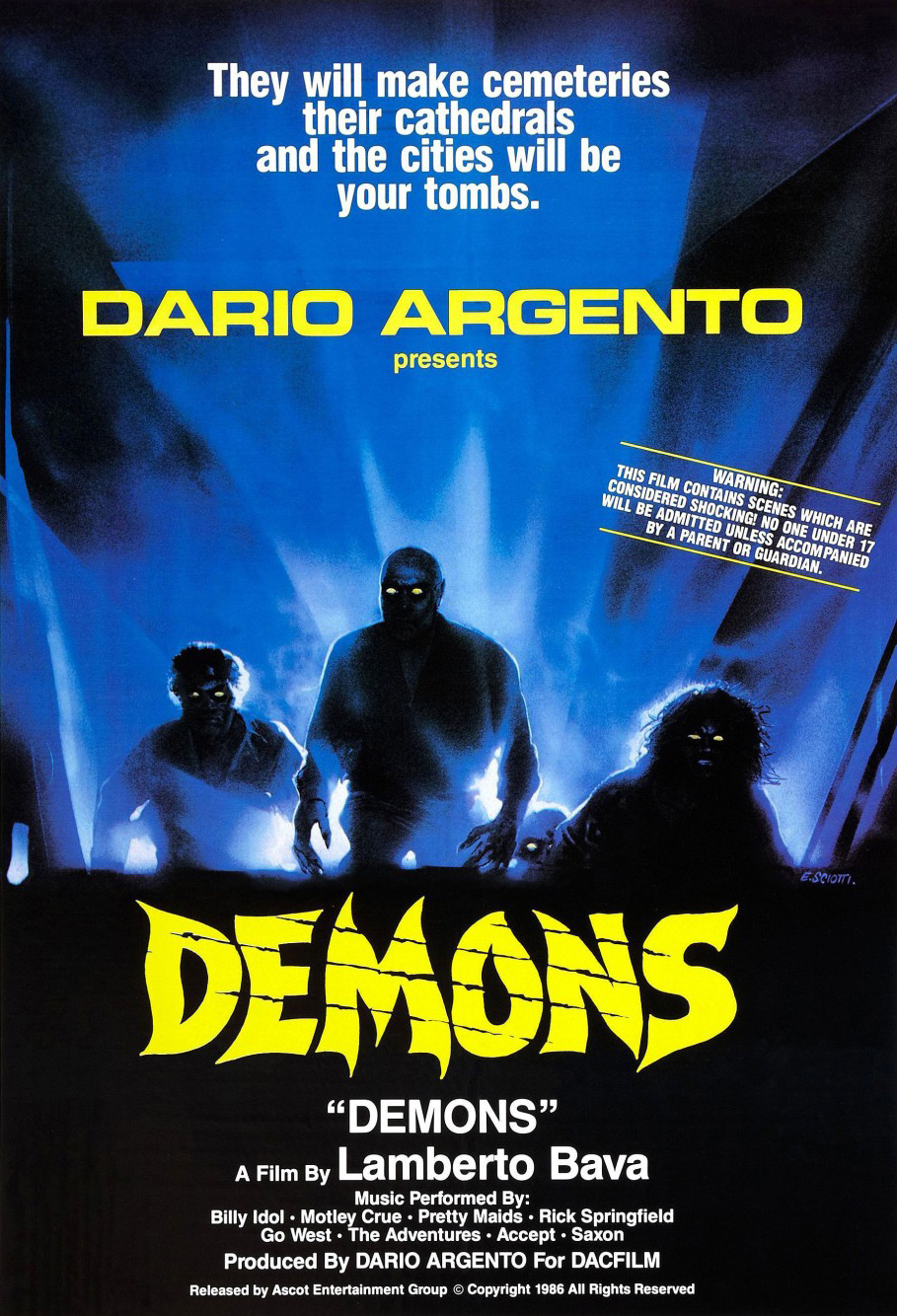 Receiving a free place for the indispensible premier of a horror film without conditions. An opportunity, even if the mysterious benefactor is someone who meticulously protects his face from the streetlights. Watching a film, in which the demons on the screen take their victims from the movie theatre, is diabolic. The screenplay is stopped, the film tape is examined, but the horror continues…
Demoni is undoubtedly the Italian horror film of the eighties. The public will vividly remember certain scenes years later. The director is Lamberto Bava (Blastfighter and Macabro) whilst the producer is no one less than the grand Dario Argento. You immediately notice that the creator of Phenomena and Tenebrae had a lot to say during the filming. Finally, we will not forget to mention the unusual colour-usage and the skilful special effects.