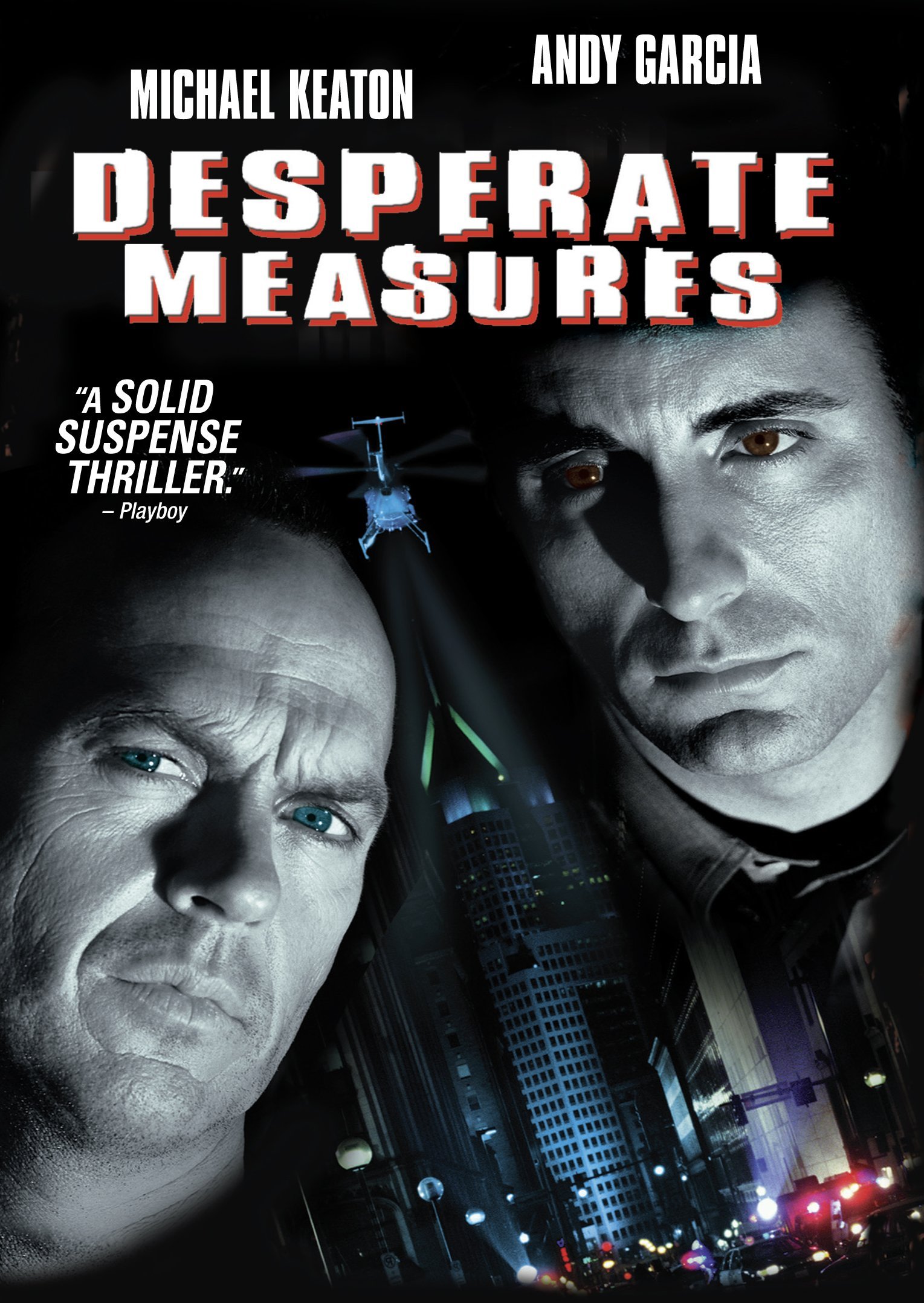 A San Francisco police officer is frantically in search of a compatible bone marrow donor for his gravely ill son. He finally finds a potential donor, but must confront the fact that the man is a convicted multiple murderer who sees this trip to the hospital as his only chance to escape to freedom. The murderer escapes and the hospital becomes a battleground. The police officer must find and protect the deadly fugitive as he’s his son’s only hope for survival.
Desperate Measures is the latest film by director Brabet Schroeder (Barfly, Single White female, Kiss of Death). The film stars Michael Keaton (Beetlejuice, Batman, Multiplicity), Andy Garcia (The Untouchables, Internal Affairs, The Godfather III) and Brian Cox (Manhunter, Dead Calm, Hidden Agenda, Rob Roy).