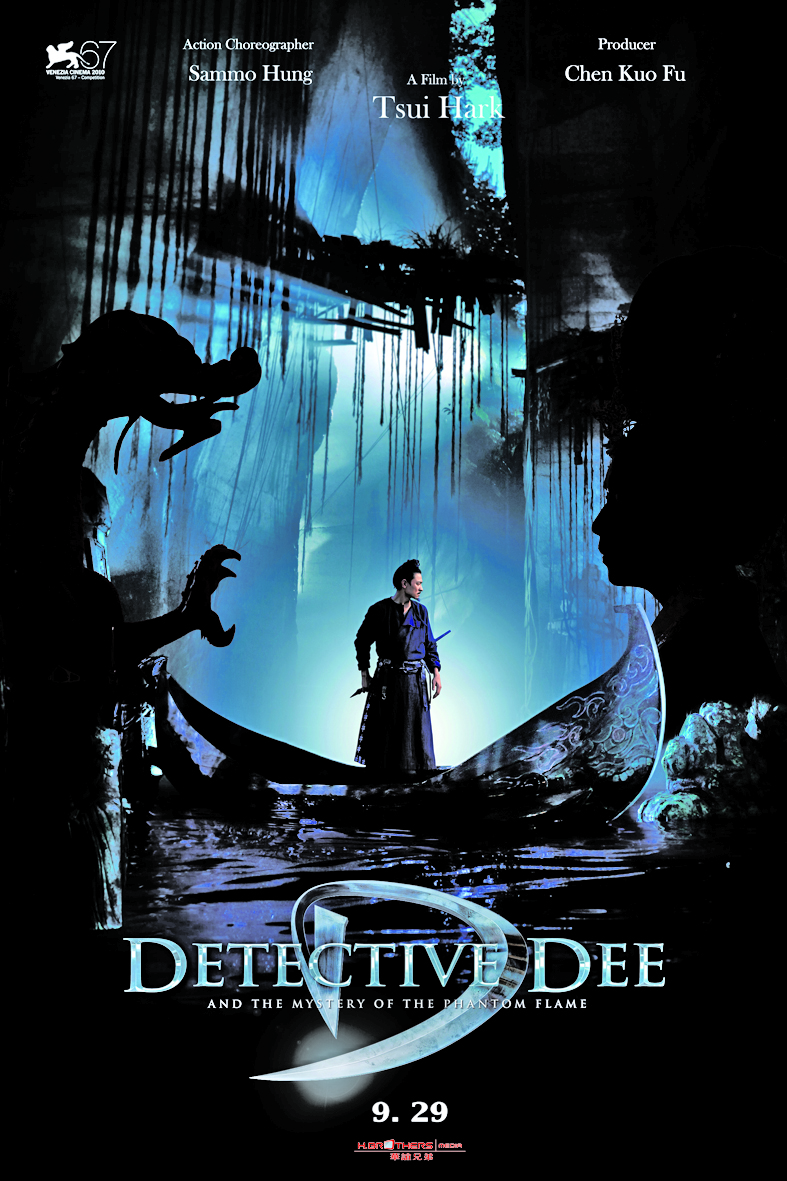 DETECTIVE DEE AND THE MYSTERY OF THE PHANTOM FLAME

689AD, at the eve of the inauguration of Empress Wu, the first and only female ruler in Chinese history. A number of imperial officials spontaneously combust into flames, one even inside the giant Buddha that’s being built in front of the imperial palace. Wu follows the advice of her most trusted councilor and orders the release of the renowned investigative judge Dee Renjie from the jail in which she threw him herself eight years ago because he dared to question her ascendancy to the throne. Dee is ordered to investigate the mysterious murders and find out who’s behind the plot to stop the coronation of the empress. He can count on the help of Wu’s beloved protégé Jing’er, the impulsive albino justice officer Pei and his old friend Shatuo, the architect of the giant Buddha. Detective Dee and the Mystery of the Phantom Flame marks a return to form for the legendary Hong Kong action director and producer Tsui Hark ( Zu Warriors, Once upon A Time In China ). His latest epic is a highly intoxicating mix of supernatural mystery, historical pulp, dazzling fighting scenes and fantasy, all wrapped up in a breathtaking cinematic adventure of two hours. Inventive and impressive production design and the cream of the crop of the Hong Kong acting guild – Andy Lau ( Infernal Affairs, House of Flying Daggers ) as Detective Dee, Carina Lau ( Ashes of Time, Infernal Affairs II ) as Empress Wu and Tony Leung Ka-fai ( Election, Double Vision ) as Shatuo – are the sugar on the cake.