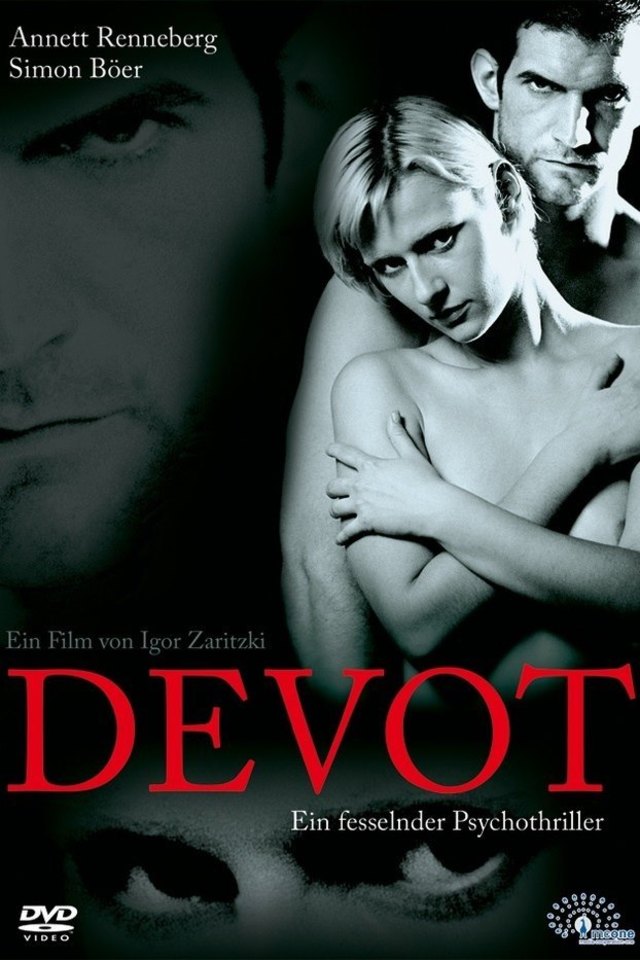 Deeply troubled Anja is on the verge of throwing herself from a bridge, when Henry drives past. He thinks she’s a prostitute and invites her to his home. Although he suspects she is not what she seems to be, Anja plays along with the game. She refuses to explain the reasons for her attempted suicide. When Anja tries to steal Henry’s wallet and run away, he captures her and ties her to a chair. To set her free, he demands she tells him a story. Anja gives him the tale of Lilly, who ran away from home, was raped and then killed. Henry is left with the impression that Lily and Anja are one and the same person and the ending is just her death wish. After some more mind games and heavy lovemaking, Henry finally lets her go. But Anja is soon back again and with a vengeance.

Devot is a dark and menacing play of cat and mouse between two characters, filmed in an elaborately furnished loft featuring high rooms with dark, mysterious levels. Debut feature film director Igor Zaritzki plays with imagination, secret wishes and the unknown past of the characters, masterfully interpreted by upcoming talents Annett Renneberg and Simon Boer. Especially Renneberg’s play is truly disturbing, with her sudden and very convincing mood swing from naive teenager girl to manipulative vixen.