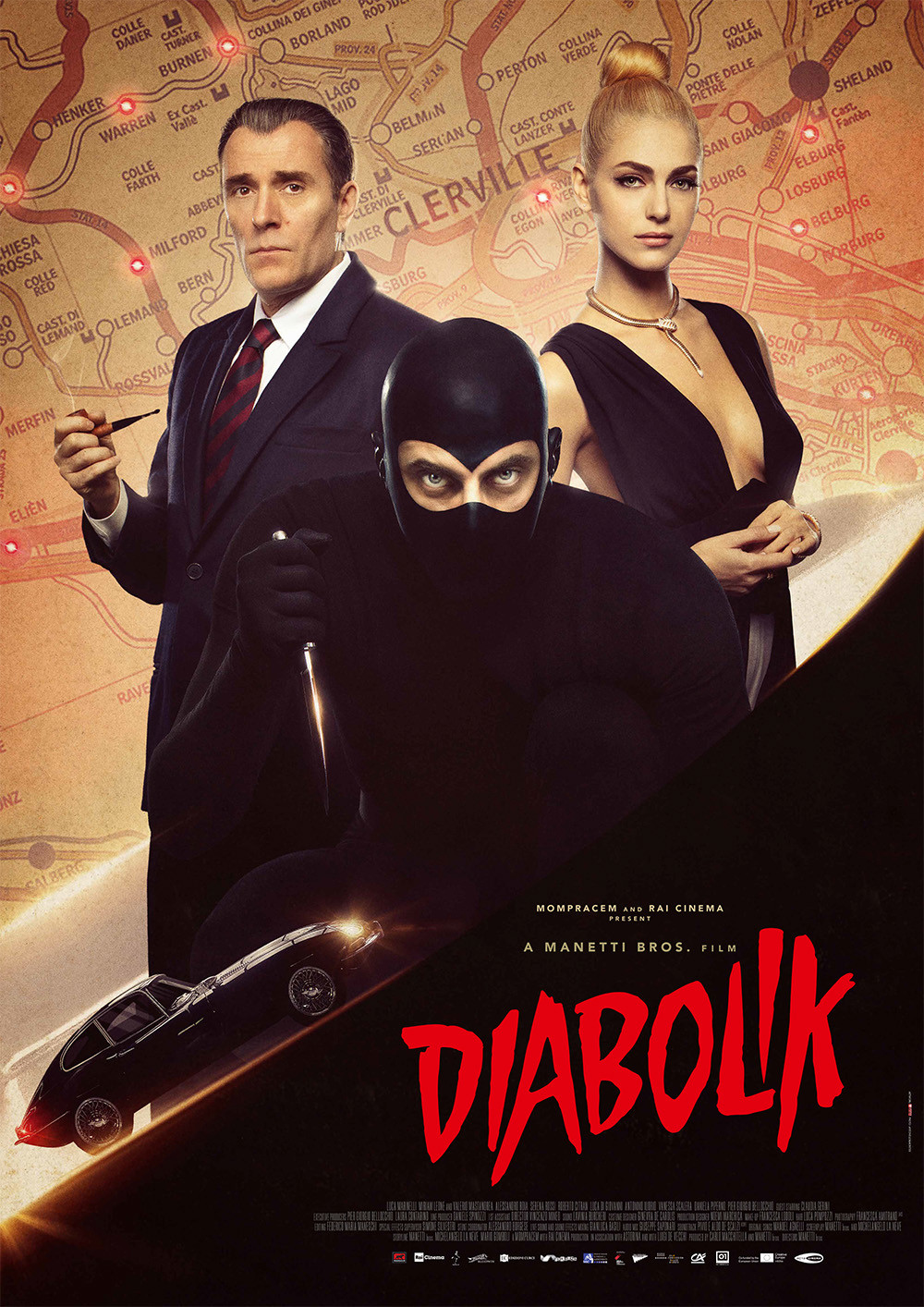 Clerville, kind of like an Italian Gotham City, is in the grip of a masked scoundrel that has a nasty tendency to pull off the most yolo heists. This scoundrel’s name? Diabolik. A lawless criminal, an anti-hero who doesn’t care about defending the weak and the poor and who has a black belt in the art of disguise. When Eva Kant, the widow of a rich South-African businessman, arrives in town, she’s immediately warned by Inspector Ginko, Diabolik’s sworn enemy. Her legendary pink diamond has been the talk of the town and he’s certain Diabolik is going to try to get his hands on it. Watch out for everyone, you’re not safe here, there’s evil lurking everywhere… Eva’s head falls back, laughing. Don’t worry poor Inspector, Eva’s a girl who loves danger and besides, her diamond’s a complete fake anyway. And more importantly, she’d very much like to meet this Diabolik fella… Diabolik first appeared in 1962 in a fumetti neri (a ‘dark comic book’ for those of you that didn’t study Italian) by the Guissani sisters, before moving on to the silver screen in a first, very pop-art film adaptation by Mario Bava in 1968. Twenty-four years later the Manetti bros take over. Their first films presented at the BIFFF showed more talent than actual budget, but that has been completely remedied now. DIABOLIK is a lavish, vintage, fun rollercoaster with a supervillain that would outsmart James Bond in no time!