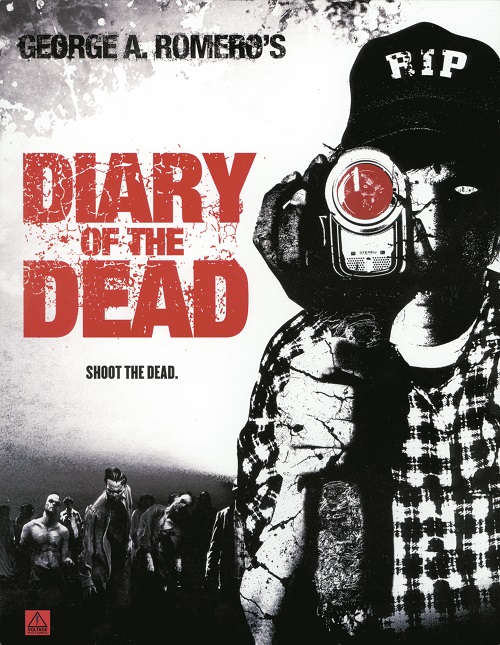 DIARY OF THE DEAD

Jason Creed and his friends, a small crew of college students, are in the Pennsylvania woods shooting a low-budget mummy flick for their film-school project. Their fake frights are replaced by real ones when news reports indicate that the dead are coming back to life. In shock and disbelief, the group embarks on a journey back to the safety and security of their homes. Meanwhile, the government first denies, then promises to quell the crisis. But they don’t succeed. Technology fails and communication with the rest of the world becomes impossible. Driving an old Winnebago past burning cars and shambling corpses, the crew soon learns that there is no escape from the plague of the living dead, nor is there any real home for them anymore. Attacked by ravenous walking corpses at every turn, Jason obsessively films the madness, an unflinching eye in the midst of chaos, even as his friends die around him. In his first independently produced zombie film in over two decades, George A. Romero takes us back to the basic premise of the genre he invented; the apocalyptic day the dead began walking the earth. He uses the device of Jason’s documentary to explore the mass panic of a world gone mad. In addition to Joshua Close ( The Exorcism of Emily Rose ) as Jason Creed, the cast includes cameos by Stephen King, Quentin Tarantino and Guillermo Del Toro as newscasters commenting on the zombie onslaught. Besides all the bloody gut-munching, Diary of The Dead also includes Romero’s trademark brand of social commentary, criticizing the media and its place in today’s world of disaster and terror.