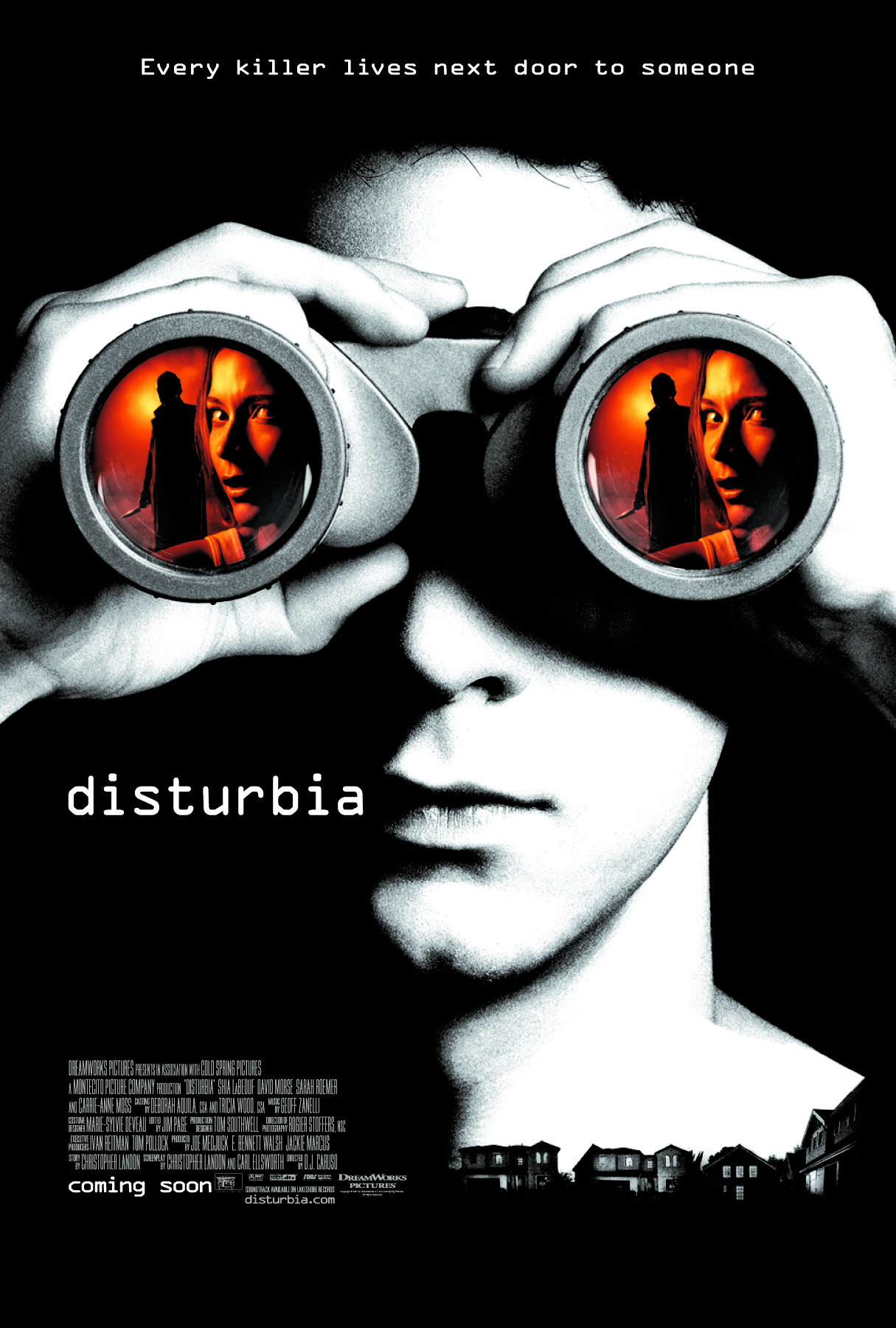 After his father’s death in a car accident, Kale Brecht becomes sullen, withdrawn, and troubled. When he punches his Spanish teacher in class, Kale is placed under house arrest. His mother, Julie, works night and day to support herself and her son, only to be met with indifference and lethargy. The walls of his house begin to close in on Kale. He becomes a voyeur as his interests turn outside the windows of his suburban home towards those of his neighbours, one of which Kale begins to suspect is a serial killer. But, are his suspicions merely the product of cabin fever and his overactive imagination? Disturbia pays homage to Alfred Hitchcock, taking from Rear Window and Psycho as well as using a few of the Grandmaster’s trademarks, getting you caught up in the action and intrigue in no time. The suspense is sometimes unbearable, delivering a healthy dose of good, old fashioned tension and trepidation. David Morse ( The Indian Runner, Twelve Monkeys, The Green Mile ) is a wonderful villain to counter Shia LaBeouf’s ( I, Robot, Constantine ) clueless hero. Carry-Anne Moss ( The Matrix trilogy, Memento ) juggles work and family as Julie. If you’re looking for a good, solid thriller, Disturbia is highly recommended.