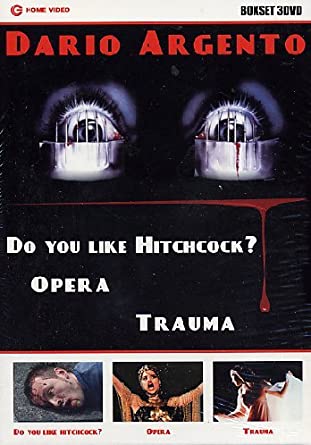 Giulio overhears a conversation in the local video rental store between two women, Sasha and Federica, about Hitchcock’s Strangers on a Train. The young and innocent Giulio doesn’t notice that the two are flirting and exchanging their telephone numbers. Back home, he discovers that Sasha lives in the apartment across the street. He witnesses a heated argument between the young woman and her mother. The next day, Sasha’s mother is found dead, murdered. Her daughter has a rock solid alibi. She can proof that she wasn’t home when it happened and the police has to let her go. But Giulio doesn’t give up. He thinks he has uncovered a conspiracy and starts to carry out his own investigation. His search for the murderer will bring him to the edge of insanity. Do You Like Hitchcock is the first in a planned series of eight films. But this is the only one that will be helmed by the godfather of the festival : Dario Argento (Suspiria, Inferno, The Stendhal Syndrome). Following that other baroque filmmaker, Brian De Palma, Argento is very generous with references to the British grandmaster of suspense, twisting them in his own unique way, constantly playing with our expectations.