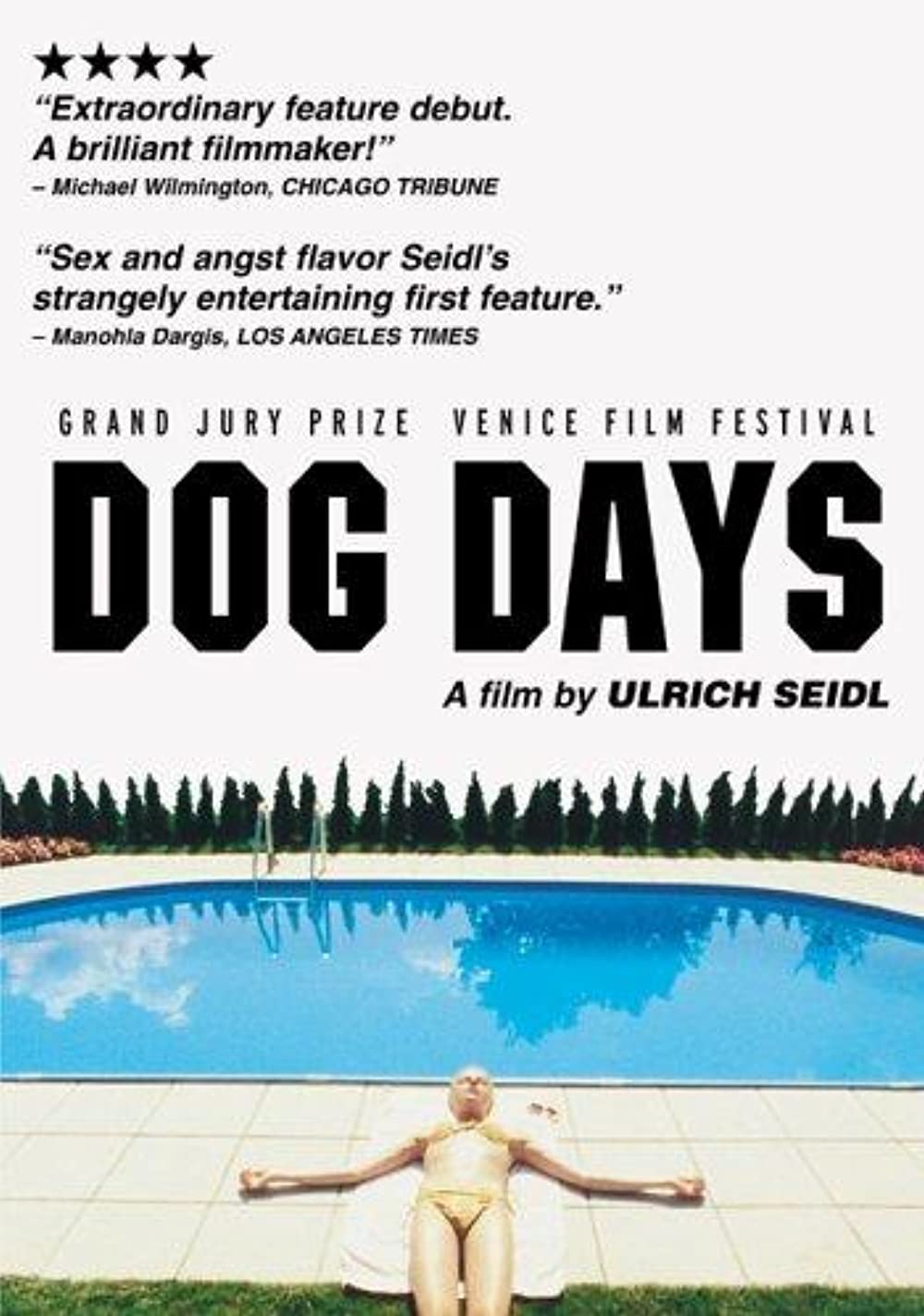 It’s a suffocating hot weekend in the suburbs of Vienna somewhere between the autobahn and the exit roads, hyper-markets and new housing estates. During these dog days of Summer, six interwoven stories unfold, revealing a world of lonely souls. While the days are lazy, spent lounging in underpants and bikini’s, the nights are steeped in alcohol, sex and song, unleashing a fury of violence and raw emotions. With no respite from the oppressive heat, tension builds and tempers rise to an atmosphere of seething aggression. This is life at its most vulnerable and intimate; it’s the horror and beauty of being human. Austrian director Ulrich Seidl gained international acclaim with award-winning documentaries such as Good News, Animal Love and Models. His distinct way of portraying humanity in its most isolated and intimate moments has provoked debates about the method of creating authenticity. Werner Herzog ranks him among his ten favourite filmmakers. With Dog Days, Seidl has made his first fiction film. It looks like a realistic film with a real script, real stories and real actors. But there are many things that are different. Seidl worked with a script without any written dialogue, with non-professional actors and followed a documentary wor-king method. It was shot in the sweltering heat of three summers in a row, from 1998 till 2000.