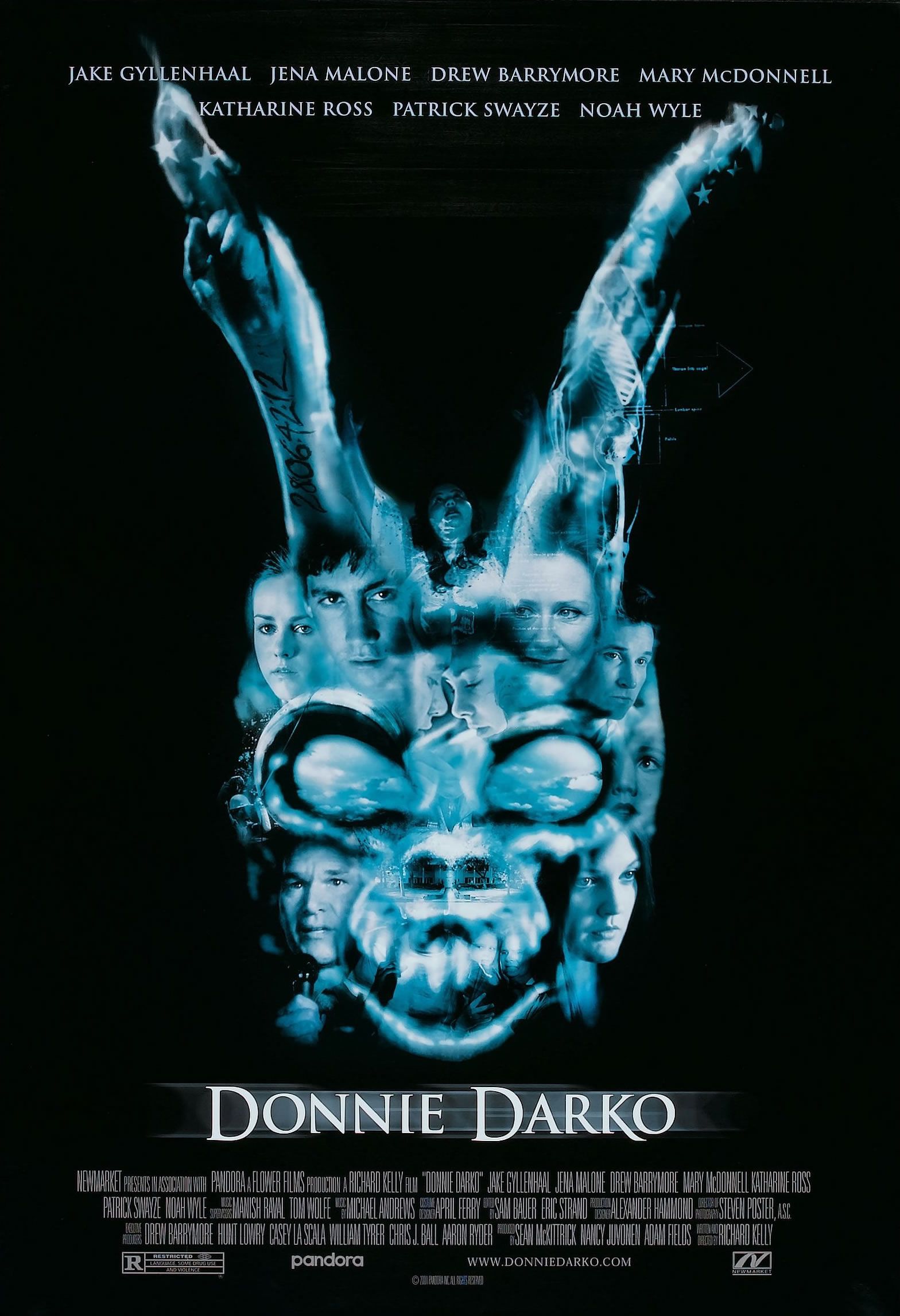 Suburbia is not a place of mundane normality for all-A merican teenager Donnie Darko. It’s rather a world of macabre secrets set to challenge his sharp intellect, vivid imagination and world-weary wisdom. Donnie’s a very unusual boy, given to regular nightmarish visitations from Frank, a six-foot horrific deformity. Frank informs Donnie that as the world is about to end, he has been chosen for a unique purpose within the universe. Already a near-celebrity in high school after narrowly escaping death when an airplane crashed into his house, Donnie soon needs all his wits about him as his life becomes stranger. He realises that, in order to fulfil his destiny as a true hero, he must confront all manners of threat to his friends, teachers and ultimately his world. Donnie Darko is a virtuous and original fantasy film that’s a mixture of comedy, drama and teenage movies. First time director-screenwriter Richard Kelly has delivered an unclassable movie that reminds you of the universe of Philip K. Dick, Richard Lynch and… John Hughes. Kelly turns all the clichés of the teenage movie upside down for an amazing viewing experience that will keep you wondering about what happened long after you got off your seat. Jake Gyllenhaal (Homegrown, October Sky) is perfect as troubled highschooler Donnie Darko. With a seasoned supporting cast consisting of Drew Barrymore (Never Been Kissed, Charlie’s Angels), Mary McDonnell (Sneakers, Independence Day), Patrick Swayze (Ghost, Letters from a Killer) and Noah Wyle (TV’s ER, Scenes of the Crime).