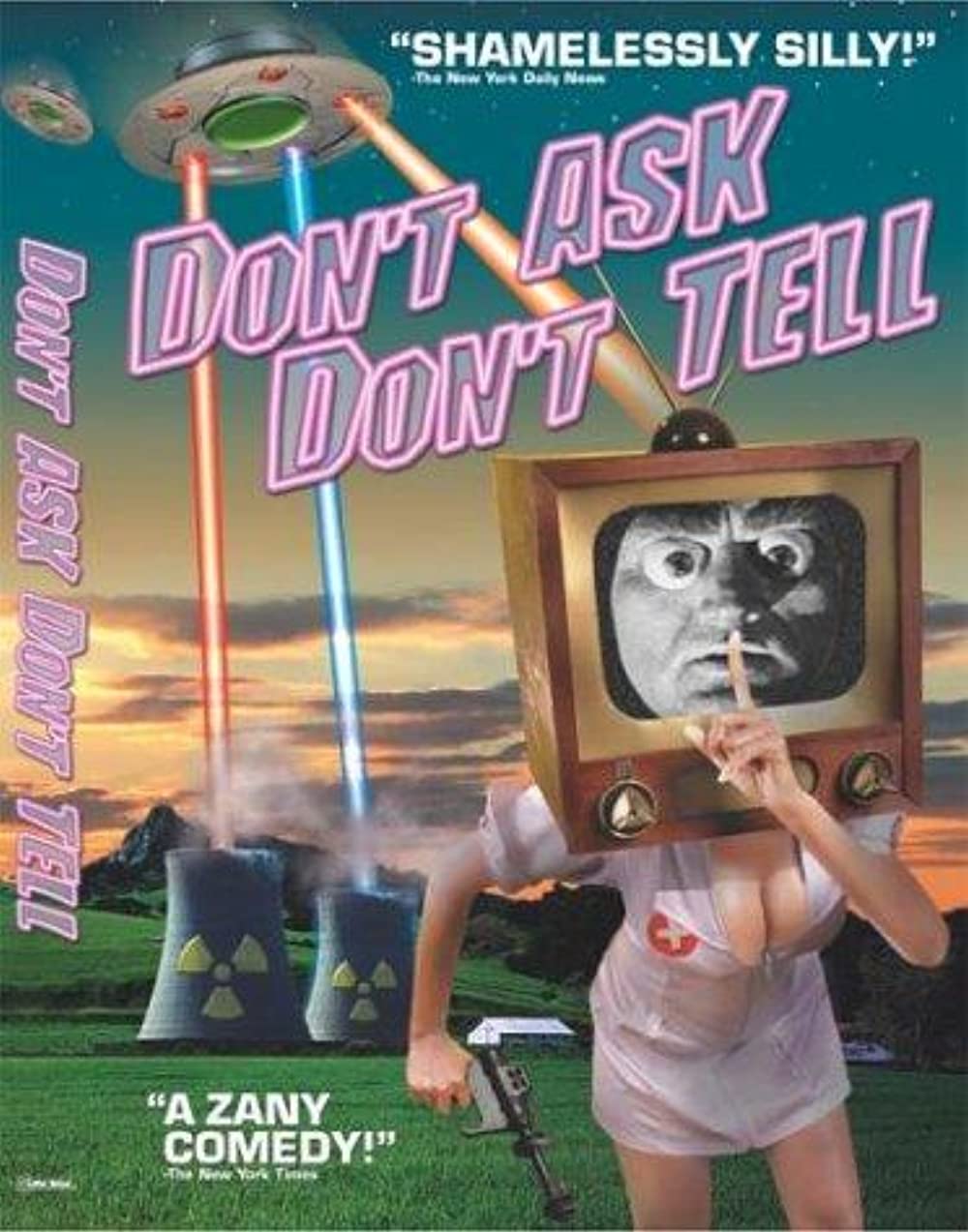 The time is now. The place is Sodom Flats, Texas. After years of allowing gays and lesbians to infiltrate the United States Armed Forces, Project Manhole gets underway. Under the direction of Dr. Doug Fartin, the Pentagon’s most homophobic master scientist, 30.000 homosexuals are lured to Sodom Flats by the promise of a free Barbra Streisand concert. Little do they know that Dr. Fartin has arranged for the Enola Gay Basher to drop an atomic bomb on Sodom Flats. But suddenly, something goes terribly wrong. The bomb misses its target and lands on the north side of Inbred, Texas. At the same time, Dr. Fartin’s plane goes into a nosedive and crashes into the desert. As Colonel Butz, the commander of the Fellatio Alger Air Force Base, delivers the devastating news to Dr. Fartin’s wife, Doug miraculously appears back at the base. There is not a scratch on him, he can’t remember anything that happened and he’s gayer than a San Francisco bathhouse. When you’re watching Don’t Ask Don’t Tell and you’re thinking you’re viewing one of those fifties sci-fi flicks where aliens with huge ping-pong ball eyes invade Earth using some kind of atomic weapon… then you’re right. The culprits are a company called Refried Flicks, who took the 1954 sci-fi thriller Killers from Space and morphed it into Don’t Ask Don’t Tell, creating a completely new movie. The original soundtrack was wiped away and replaced by absurd new dialog, a variety of wacky new characters inserted into the old footage and an alien dance number. The result is simply hilarious and highly entertaining.