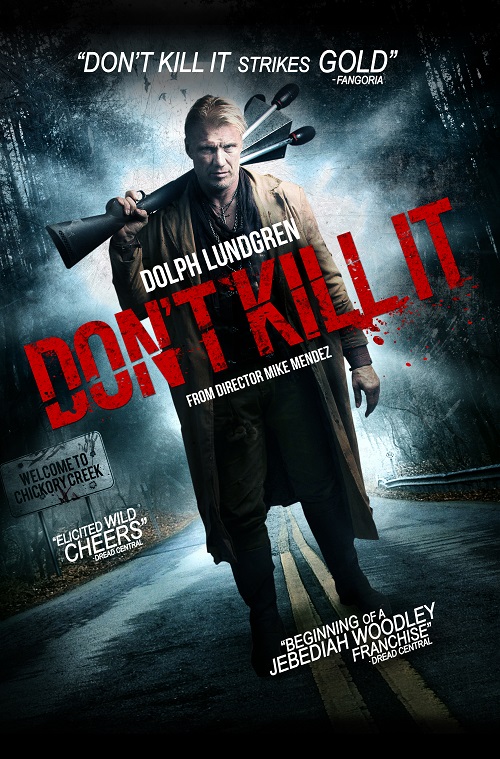 With his cowboy hat, his esoteric necklaces and his wild strawberry flavor, Jebediah Woodley has everything of a Lucky Luke from the Holy Seal with direct access to the devil’s pickle jar. And that’s because his business is demons and his knowledge of these abominations far exceeds the director’s cut of The Exorcist! Jebediah knows all the signs of demonic possession and he has a custom tailored remedy for each case. But what awaits him in Chicory Creek, a small, once peaceful town in Mississippi, is likely to surpass all his glorious victories against Beelzebub’s cohorts. Not only is the specimen he’s about to confront one of a kind (if you kill the possessed, you become possessed in turn), he also has to deal with a population more faithful to the 2nd Amendment than to their own family. Jebediah gears up for a giant fight with the biggest demonic scumbag of all time… After the big fun of Big Ass Spider! (2013), Mike Mendez (The Convent, Tales of Halloween) returns with a very inspired mix between Evil Dead and Fallen, adding an extremely generous spoonful of cartoon-like gore. Don’t Kill It is deliciously politically incorrect, tackling all the NRA fanatics who fill up the cemeteries more than refugees from the Middle East. On the casting side, it’s just as exciting. Alongside Kristina Klebe (Halloween), there’s the only Swedish mountain in Hollywood: Dooooooooolph Lundgren!!!