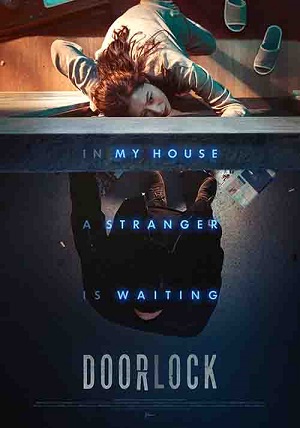 You only have to take one look at the electronic toy in your pocket and you’ll realize: those South Koreans have a way with technology! The same goes for Kyung-min, a young woman living by herself (spoiler alert, sorry guys!) in a hypermodern, secured apartment. Coming home one fine day, she notices that someone has been messing with the electronic lock on her entrance door. She immediately changes the access code but when she goes to sleep, she can hear someone trying to break in. She also finds fingerprints and a cigarette butt, but the police just laugh her worries away. When a few days later a murder takes place, Kyung-min will have to go and investigate for herself. Because one thing is clear: someone is desperately trying to get in and they’re not waiting for a formal invitation! If this synopsis rings a bell, you’re dead right. DOOR LOCK is a remake of SLEEP TIGHT (2011) by festival fave Jaume Balagueró. In this blood-curdling thriller, director Kwon Lee incrementally ups the tension. With a voyeuristic camera, he is hot on the heels of his main character, who with the help of technological gadgets tries to defend herself against her felonious fellow-man. By the way, did you properly close the door before you came to the festival?