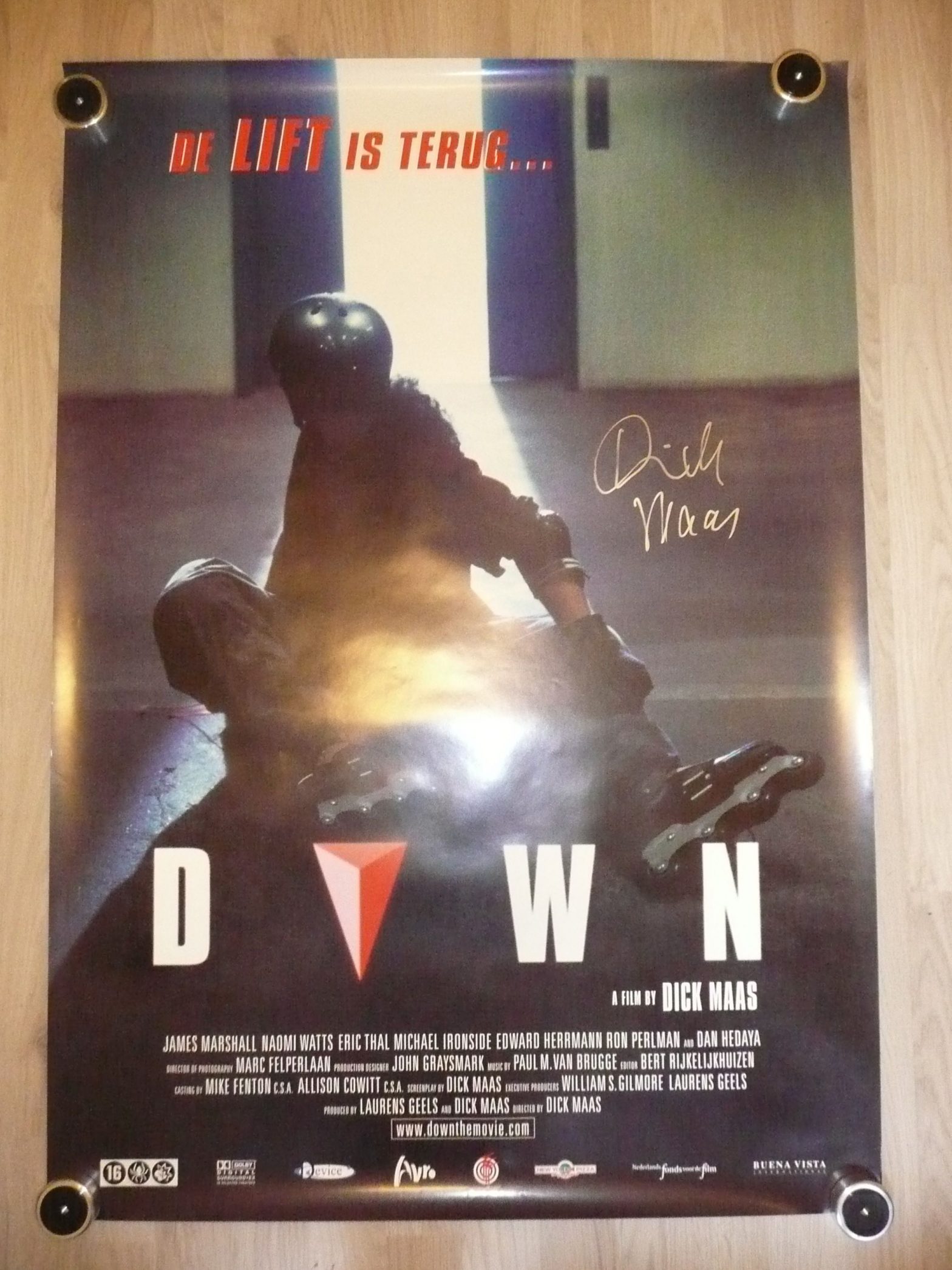 The Millennium Building in New York is a marvel of modern engineering and technology. This art deco skyscraper, with its 102 floors and 73 elevators, is a workplace to 15.000 employees and a magnet to tourists the world over. When one of the express elevators begins to malfunction, the management sends in mechanic Mark Newman to solve the problem. But not everyone is happy about it, especially not the elevator. After two gruesome accidents, the media and police descend upon the building. Intrepid tabloid reporter Jennifer Evans, hunting for a juicy story, begins to shadow Mark and the cops. When several of New York’s finest are killed, the government, fearing terrorism, seals off the building. Now it’s up to Mark and Jennifer to unravel the lethal mystery. Their unpredictable and bloodthirsty enemy is determined to kill anyone searching for the dark secret lurking in the belly of the building.

Down is the highly anticipated remake of Dick Maas’ own Dutch cult-classic “De Lift” from 1983. The director of Amsterdamned and Do Not Disturb has created an exciting and horrifying tale of a rogue elevator with a mind of its own. Starring James Marshall (Twin Peaks : Fire Walk With Me) as Mark Newman and Naomi Watts (Tank Girl, Mulholland Drive) as Jennifer Evans. And with a strong supporting cast of Eric Thal (The Puppet Masters), Michael Ironside (Total Recall, Starship Troopers), Dan Hedaya (The Usual Suspects) and Ron Perlman (Alien Resurrection).