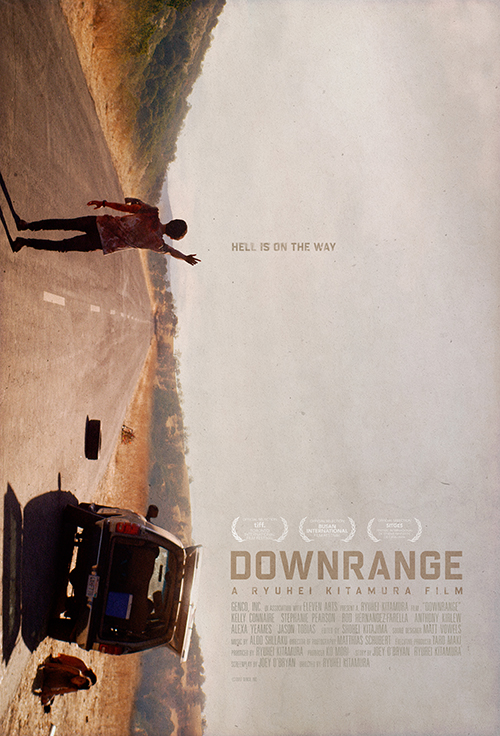 A car slams its breaks at the pop of a flat. Inside are Todd ( Rod Hernandez ) and Sara ( Alexa Yeames ), a young couple toting around a bunch of strangers who pitched in gas money to reach everyone’s shared destination. When trying to repair the flat tire, the friendly and helpful Jeff gets shot, but no shooter is in sight. Panic breaks out in this group of people who barely know each other’s names. At such a time you can trust no one! For a couple of years now, we’ve been trying to tell you cars aren’t your best friends. Remember Monolith ( 2017 ) ? Well, once more we have a desert, a car, and some people who possibly will die! And you still want to do that road trip in the Sierra Nevada ? Behind the camera is an old friend of the festival. Ryuhei Kitamura won a Silver Raven in 2003 with Aragami, a sublime tale about samurais revealing their true identity. He is also well-known for Azumi (2003) and the slasher The Midnight Meat Train (2008). In this minimalistic thriller, he once again reveals his sublime talent for suspense and mise-en-scène.