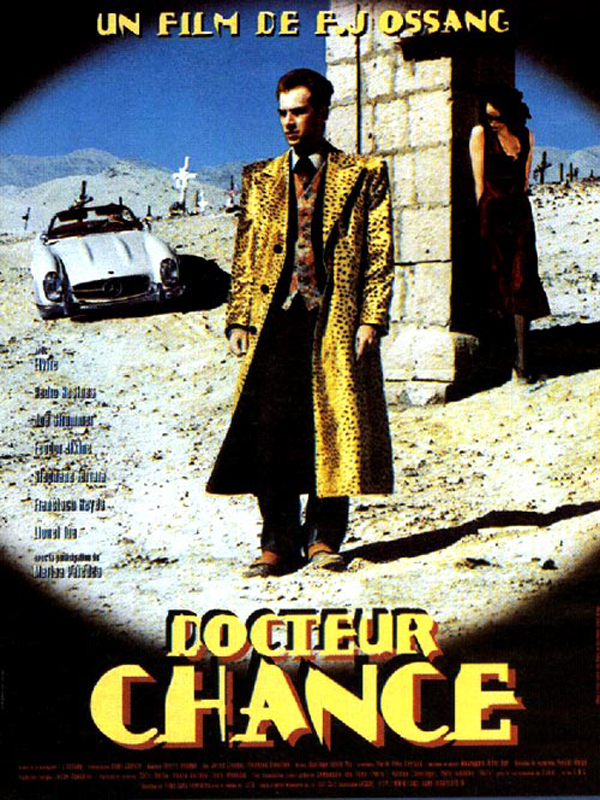 Dr. Chance is the story of a young man who lives in a South American capital. His name is Angstel, a combination of Angst (fear) and Angel. He’s part dandy, part desperado, and he’s always drifting between two extremes: indifference and total commitment. One evening, Angstel is waiting for Zelda in front of a movie theatre where Murnau’s Aurore is playing. She doesn’t show up. Angstel sees this as an act of betrayal. His last chance for love and salvation has gone up in smoke. Ancetta, a dancer at “Wasted”, runs into Angstel in the street. He tosses up a coin and wins: he buys her for a fistfull of fake banknotes. During one turbulent night, these two lost souls will fall in love with each other. When dawn breaks they flee the city in a car loaded with weapons and fake money.
Popular with his rock’n roll band Messagero Killer Boy, F.J. Ossang also turns out to be a great novel writer. In 1984 he writes and directs his first film “L’Affaire des divisions Morituri”, followed by “Le Tresor des Iles Chiennes” in 1990. His third film, “Dr. Chance”, is a stylish and atmospheric road movie, starring Pedro Hestnes as Angstel, Marisa Paredes as his possesive mother and Stephane Ferrara as a hired killer.