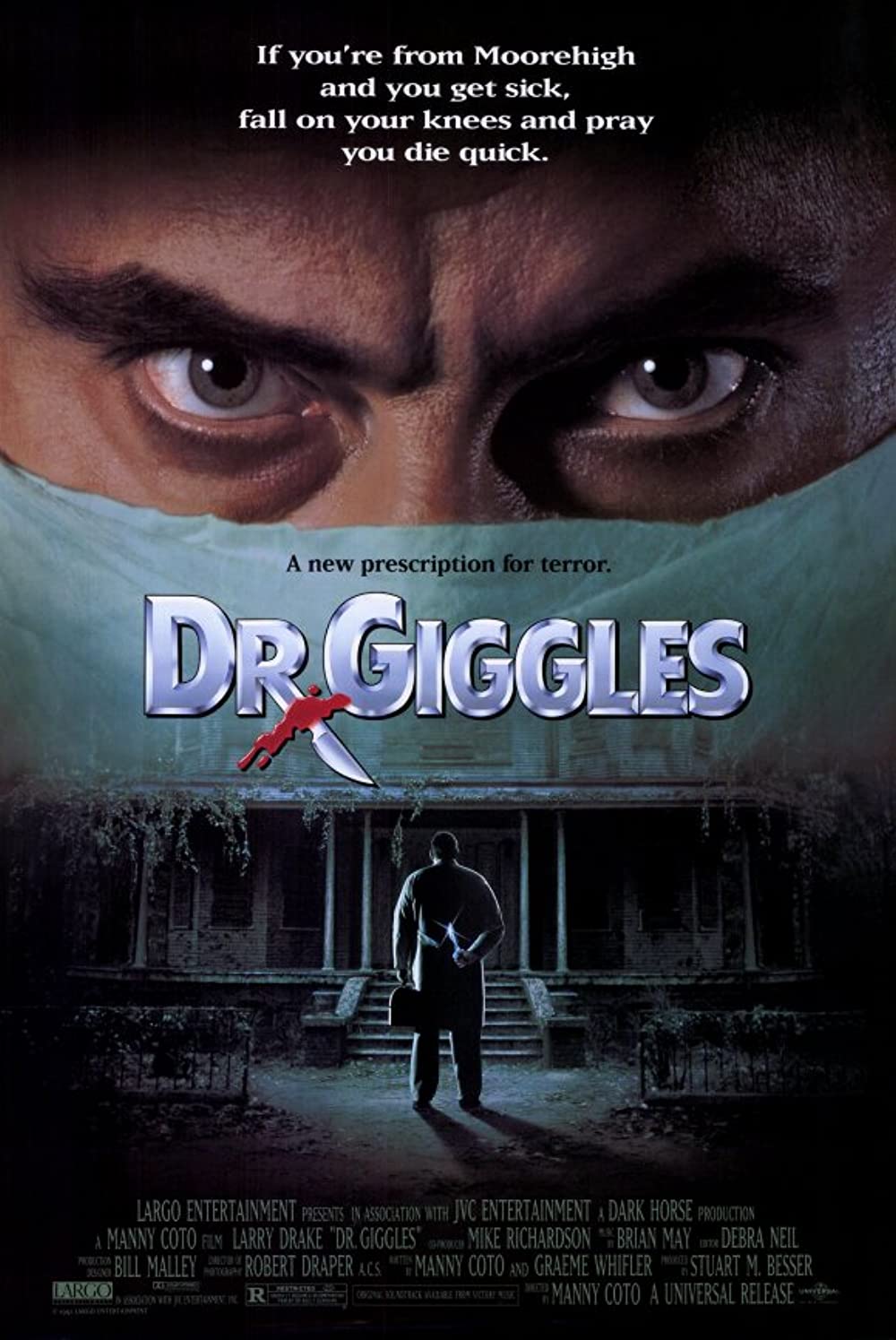 Evan Rendell, from the small town of Moorehigh, has always dreamt of being a doctor like his esteemed father, but when this respectable practitioner finds out that his beloved wife suffers from an incurable heart disease, he falls completely into madness. To save her, Evan’s father does not hesitate to carry out daring attempts of transplants from living donors, who, of course, did not consent. When the inhabitants of Moorehigh find out what is going on, they dispense justice themselves and lynch him. Evan, who is eight years old, escapes them by hiding in the eviscerated body of his mother and disappears into the wild. As he too falls into madness, he ends up in a psychiatric hospital where his obsession with medicine and his strange giggle make him known as Dr. Giggles. He manages to escape from the hospital and goes back to his hometown, craving for revenge and disguised as… a doctor.

Directed by Manny Coto, Dr. GIGGLES, which received the Special Jury Award at Avoriaz, is a horror film peppered with black humor and impressive gory scenes (such as the one where Evan clears his path with a scalpel through the abdomen of his deceased mother) thanks to the talent of the K.N.B. team. This mad doctor is remarkably interpreted by Larry Drake (the bad guy in DARKMAN by Sam Raimi), chosen for his imposing stature, ability to inspire trust, and to transform in the blink of an eye into a terrifying and cruel character. As for the young and pretty Campbell, subject of the Machiavellian experiments, she is played by Holly Marie Combs, and it is Glenn Quinn who interprets marvelously the fiancé of our young heroine, another victim of the terrible Dr.Giggles. The music is masterfully composed by the unmatched Brian May (guitarist of Queen), who is already the author of numerous films soundtracks such as those for MAD MAX, FREDDY’S DEAD, THE DAY AFTER, HALLOWEEN…