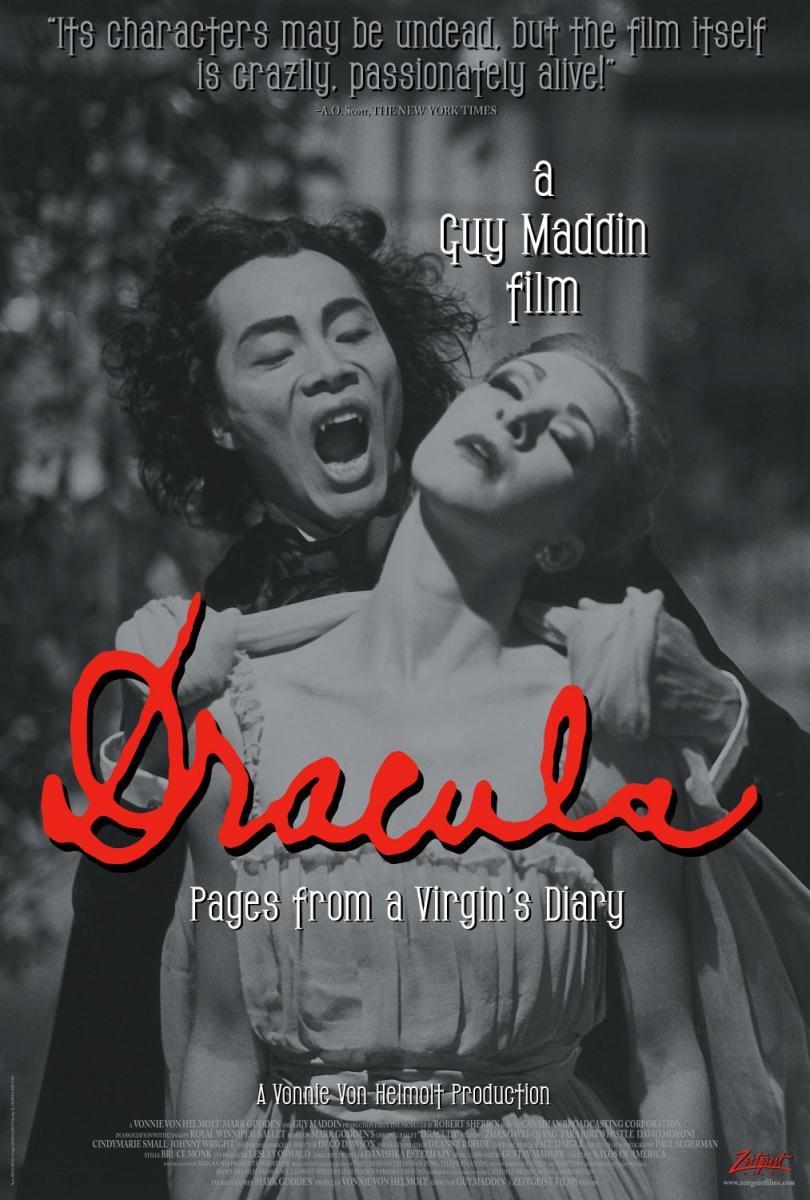 DRACULA: PAGES FROM A VIRGIN’S DIARY

Dracula, the legendary and irresistible villain, is granted yet another resurrection in this filmed adaptation of the Royal Winnipeg Ballet’s production. Choreographed by Mark Godden and filmed by iconoclastic director Guy Maddin (Archangel, Twilight of the Ice Nymphs, The Heart of the World), the movie is not only an homage to previous Dracula films, but also brings a fresh and exciting dimension to this immortal character. Zhang Wei-Qiang’s performance makes Dracula an elegant, commanding, graceful and cold creature. Maddin seamlessly blends the ballet with the narrative action, so neither distracts or takes away from the other. The dances, shot in black and white with splashes of bold red are set to the epic music of Gustav Mahler and combined with pantomimed scenes and intertitles.

The film’s design is stunning, silent, and shrouded in darkness and smoke. While remaining faithful to the story, all the characters and event in the book are present, Maddin is able to compress the information to its barest essentials. This impressive, beautiful and original new chapter in the vampire genre is suitable for lovers of ballet and classical music, horror fans, Bram Stoker buffs and all film enthousiasts.