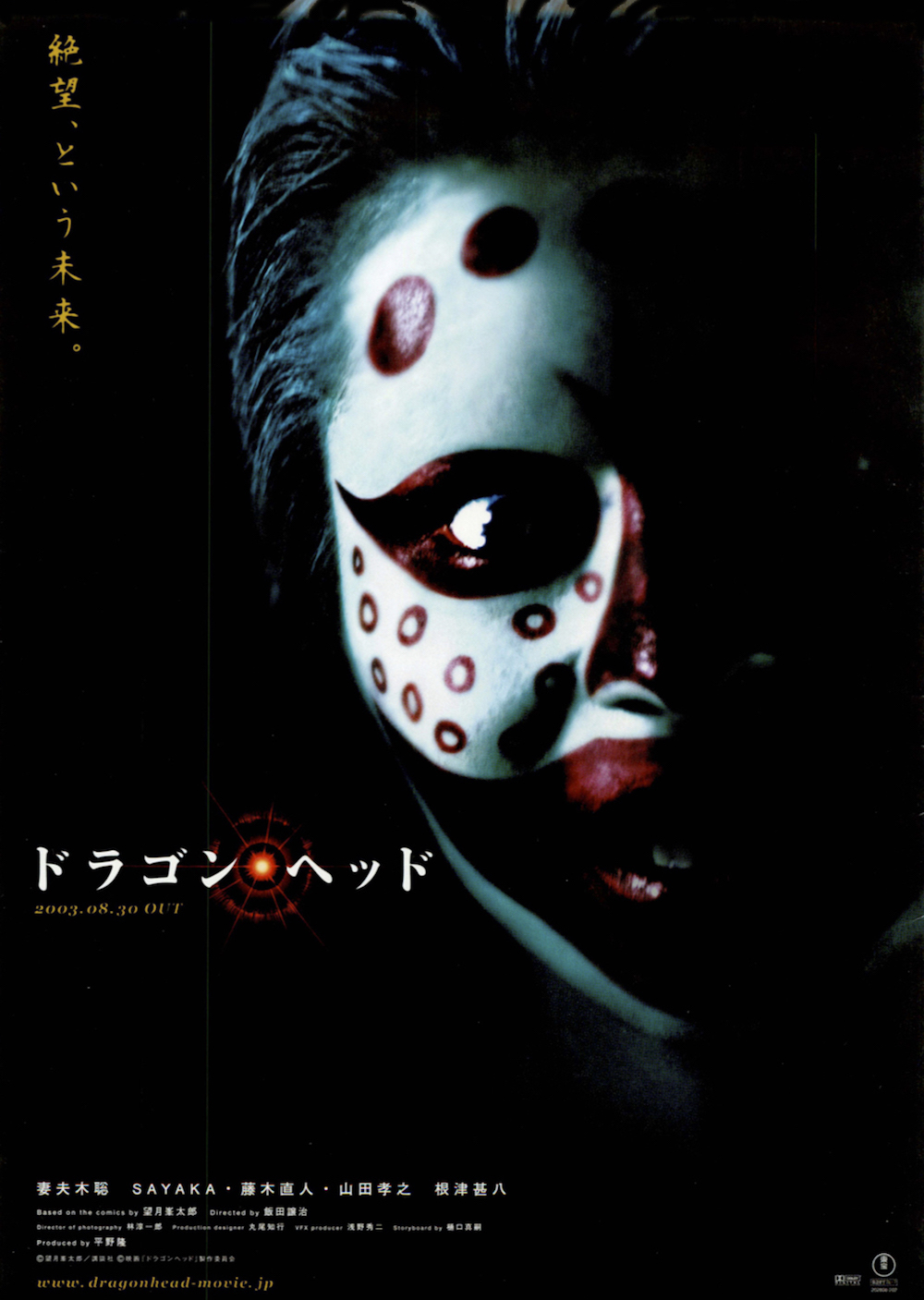 Tero is returning home on the bullet train from an excursion with his classmates and teachers. While the train is passing through a tunnel, it runs of the tracks and crashes. Everyone aboard seems to have died in the accident. However, when Teru stumbles around through the darkness and rubble, one of his female classmates, Ako, grabs his ankle. Apparently she’s one of the rare survivors of the crash. When they finally escape the dark and deadly tunnel, they discover a world of mass destruction. Unaware of what happened or the cause of the catastrophe, they must try to find their way to Tokyo, struggling to survive in an unforgiving environment.

Dragon Head is the third manga by Minetaro Mochizuki (Shark Skin Man and Peach Hip Girl) to be adapted for the big screen. George Iida (Ring 2 : Spiral, Another Heaven) filmed the movie on location in Uzbekistan, where the crew was able to construct huge sets and used 80 tons of ash to create an apocalyptic Tokyo. It’s not only one of the most expensive and ambitious Japanese movies ever made, it‘s also one of the most visually impressive and gripping end-of-the-world-movies ever.