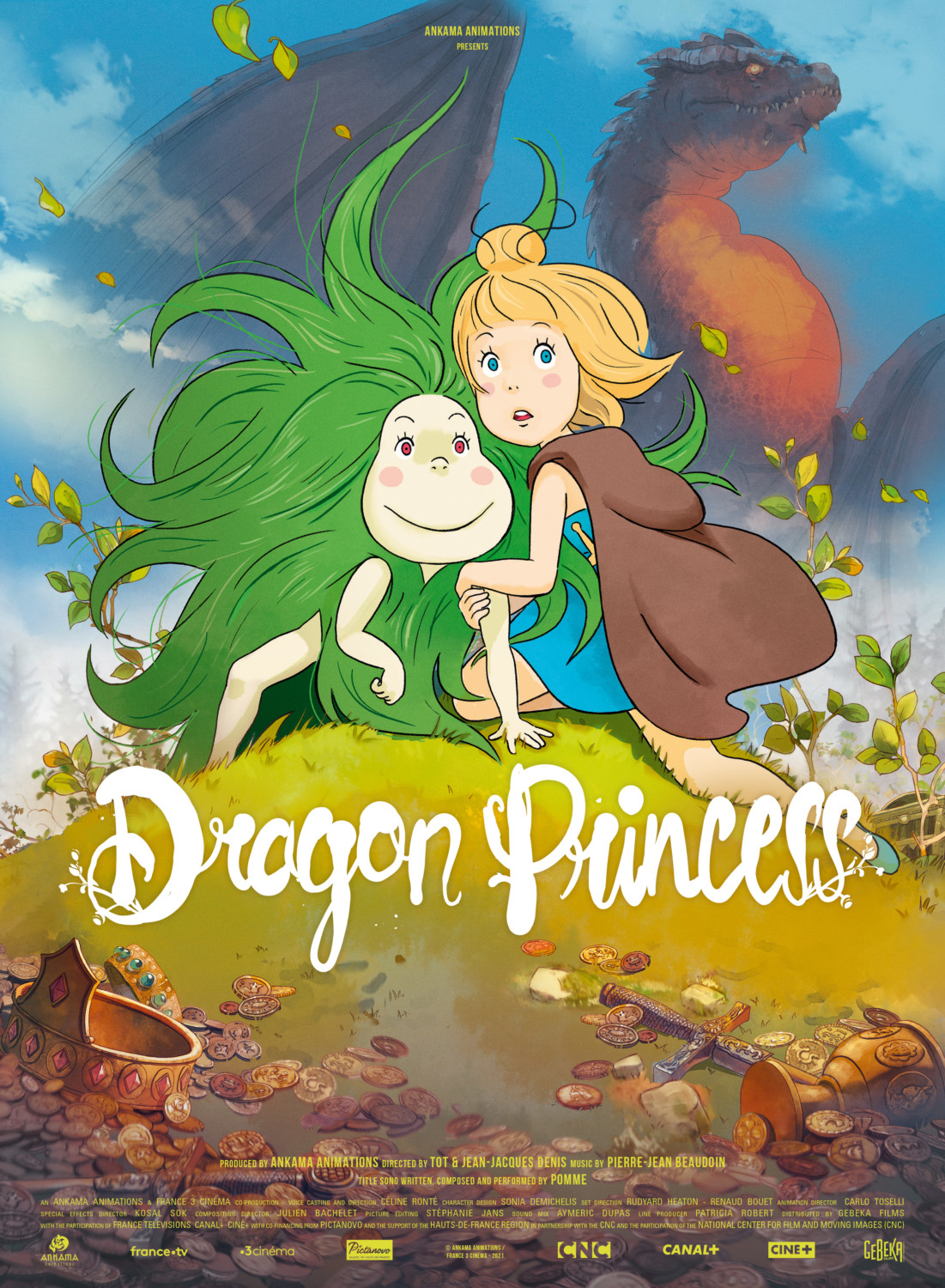 A powerful but sad dragon sits alone on a pile of gold. He cannot have descendants… Until the day he meets Sorcenouille, a witch who gives him three eggs. When they hatch, the dragon discovers two very cute baby dragons, but also a little girl with green fleece, whom he will call Hair. She is strong like her daddy, breathes fire like her brothers and above all learns to be wary of humans. But Sorcenouille returns and demands from the dragon his second most precious possession. Cornered, he has no other choice but to hand over Hair, who is forced to flee the treasure cave. But outside, humans are on the prowl, with their violence and greed. At least, that’s what Hair has always been told….

Awarded best children’s feature by our buddies at Anima, PRINCESS DRAGON is the perfect film for your budding BIFFF’ers: a Ghiblian atmosphere for a tale that mixes dragons, witches, princesses and fairy tales wrapped under the promise of “once upon a time”. The message is noble, the adventure is beautiful and the duo of directors Jean-Jacques Denis and Anthony Roux proves that the French know how to make great animation.