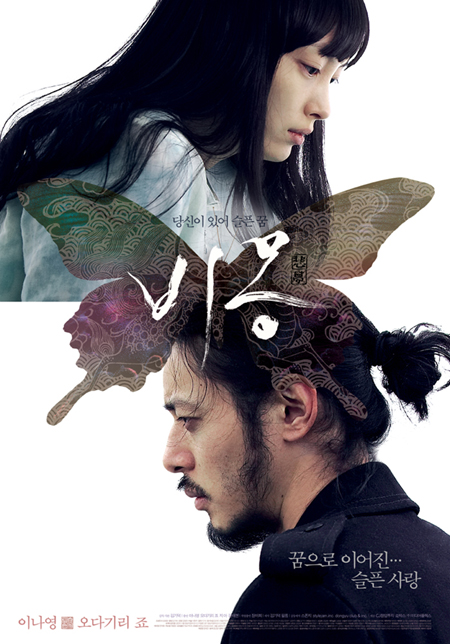 Why can’t life be as simple as a dream about winning the lottery or getting that promotion ? Unfortunately, most dreams have at least one point in common : they don’t come true. Jin, an artist, just has a nightmare about having a car accident on the way to his ex’s. Next thing you know, he witnesses an identical crash. The police arrest Ran, a young woman whom they believe to be the culprit. But she claims to have slept through the events. Convinced that his recent nightmare has something to do with this, Jin turns himself in, asking to be detained instead of her. Deep inside, he knows he’s strangely linked to Ran in some way. Whatever he dreams, she carries out unconsciously in her sleep. They both decide to stay awake together, no matter what. Dream is already Kim Ki-duk’s fifteenth film since his 1996 debut Crocodile. “I have an obsessive idea, this stubborn vision of cinema as a mixture of tension, crisis, peace, irony and destruction. For me cinema is all that at the same time” he says in an interview. Yet in many ways, Dream represents a turning point in the career of the acclaimed Korean director ( Golden Raven for The Isle at the BIFFF 2001 ). This time, he brazenly toys with dream sequences and time paradoxes in a romantic thriller that is far removed from the contemplativeness of “Spring, summer, autumn, winter… and spring”. Gradually, the pace goes up, taking you from what you thought was a realistic drama into something that lies in the realm of nightmares.